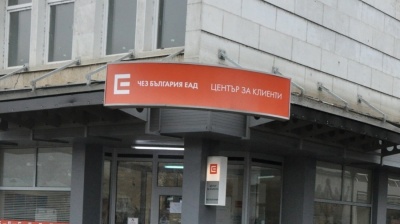 This would put an end to years-long attempts by CEZ to sell its assets in Bulgaria. The company has repeatedly complained about the local authorities, claiming they are making its operations difficult.

”The acquisition of the companies of CEZ Group is part of the strategy of Eurohold to enter new regulated markets in Southeast Europe and the creation of a leading regional utility company,” Eurohold said in the press release.

The integration of the CEZ companies in Bulgaria into the structure of Eurohold will be backed by an energy board and the current top management of CEZ in Bulgaria.

“We see the deal for CEZ as a step towards our entering in the energy business and an opportunity for diversification of our portfolio,” Vassil Stefanov, Eurohold Bulgaria’s manager for mergers and acquisitions, said in the press release.

CPC re-opened the inquiry at the end of August after in July the administrative court lifted CPC’s ban on the deal.

In October 2019, the deal was blocked after the CPC launched an in-depth investigation, claiming that the deal would significantly affect market positions. Eurohold was asked to provide additional documents to prove the deal would not affect the market.

CEZ decided to leave the country over long-standing disputes with the Bulgarian authorities, and the deal with Eurohold came after an earlier deal struck by the Czech utility to exit its investment in the country was blocked by regulators.

At the beginning of October 2019, CEZ said it would give up selling its Bulgarian assets if its second attempt to strike a deal was blocked by the local authorities.

Meanwhile, the law firm Schoenherr has posted an analysis of the CPC’s actions, claiming that they sent the hidden message that CEZ’ assets were not for sale. CPC’s decision appeared rather controversial due to the speed of the in-depth proceedings. Moreover, it skipped some of the procedural steps, according to the law firm.

In the never-completed deal announced in February 2018, CEZ selected local family-owned firm Inercom as the buyer of its Bulgarian assets, which raised serious concerns about the Bulgarian company’s ability to fund and run the assets. Adding to the controversy, Inercom was also found to be owned by a close friend of Bulgaria's energy minister.

The CPC ruled that the highly controversial deal could not be completed because Inercom would gain excessive influence over the photovoltaic (PV) electricity market. At the time, local analysts suggested that the decision of the antitrust body had no serious grounds, and aimed to put an end to the major political dispute around the sale of CEZ's assets to an unknown and politically connected company. Appeals by CEZ and Inercom were rejected.

In Bulgaria, CEZ operates an electricity distribution business with 2mn customers, a retail electricity supplier and a wholesale trader. The Varna coal-fired power plant, also owned by the firm, has an installed capacity of 1,265 MW, and was recently acquired by Ahmed Dogan, the chairman of honour of Bulgaria’s ethnic Turk Movement for Rights and Freedoms (DPS). In addition, CEZ owns two renewable plants.

The EU will not give the green light for the start of an Intergovernmental Conference with North Macedonia at the meeting of its foreign ministers on November 17 due to the Bulgarian veto, North ... more

Bulgaria has demanded that North Macedonia sign an annex or protocol guaranteeing that Skopje will implement the neighbourhood treaty signed between the two states in 2017, in which the issues ... more