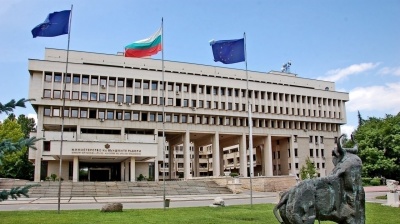 Bulgaria’s foreign affairs ministry said on January 24 it has declared a Russian diplomat persona non grata and a technical staff member unacceptable over alleged espionage. The two were given 48 hours to leave the country.

This is the second time Bulgaria has expelled Russian diplomats. In October, the country expelled another Russian diplomat also allegedly involved in spying, and refused to issue a visa to an incoming defence attaché at the Russian embassy due to a negative opinion provided by one of the bodies in charge of the procedure for issuance of long-term visas.

The January 24 decision was taken several hours after the prosecution provided data that the two Russians – a first secretary at the consular section of the embassy and an employee of the commercial representation – were under investigation for espionage.

However, the prosecution also noted it was forced to halt the investigation as the two Russians had diplomatic protection.

The Russian embassy in Sofia said on Facebook that Moscow reserved its right to respond to their expulsions.

It also noted that no proof confirming the alleged espionage have been provided so far.

Relations between Sofia and Moscow started deteriorating in autumn last year after in September Bulgaria arrested eight people allegedly involved in espionage for Russia. Of the eight arrested, one has been formally charged, the head of the Russophile National Movement in Bulgaria, Nikolai Malinov.

In December, Putin accused Bulgaria of intentionally delaying the completion of the Turkish Stream pipeline under external pressure.

Bulgarian President Rumen Radev accused the government of precipitating the “collapse of the state” through its failure to combat corruption in a televised speech on February 4.  Radev ... more

All shortlisted candidates are ready to file binding bids in the tender to select a strategic investor for the construction of the Belene nuclear power plant, the ... more

Bulgaria’s government survived its fourth no-confidence vote on January 29, as expected, after being backed by the ruling coalition and two other small parties. The motion was filed earlier in ... more