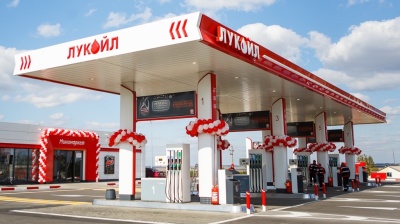 Bulgaria’s caretaker government has accepted an offer from Lukoil Neftochim Bulgaria to start paying taxes to the country as of January 2023 if Sofia agrees to sell its products on the EU market, the government said in a statement.

The offer from the Russia-owned refinery is highly controversial as it could breach the EU sanctions regime.

The intermediary company in the oil trade for Bulgaria is the Swiss-registered company Litasco, which is a majority shareholder in Lukoil Neftochim Bulgaria. It buys crude oil from Russia’s Lukoil and sells it to the refinery in Bulgaria. In this way, the payment of taxes in Bulgaria is avoided and Russia retains most of the profit.

According to the agreement between the government and Lukoil Neftochim Bulgaria, the refinery can sell its products in the EU until the end of 2024 as long as it starts paying profit taxes in Bulgaria.

“We have achieved a very important step – from January 1, 2023, Lukoil will transfer all production, revenues, and taxes to be paid in Bulgaria, and not, as it was before, in the Netherlands or Switzerland,” Bulgaria’s caretaker Deputy Prime Minister Hristo Alexiev said as quoted in the statement.

He added that the agreement, along with the 33% additional tax on excessive profits, would bring a significant revenue to the Bulgarian budget, estimated at around €350mn for 2023. Alexiev also said the funds would be used to support vulnerable groups.

However, in order to secure that, Lukoil Neftochim would need Russian oil, Alexiev also said. Bulgaria was allowed in June to keep buying oil from Russia for two years so that it can get enough time for the Lukoil Neftochim refinery to adjust its equipment to produce fuels from liquified natural gas. But the EC has repeatedly pointed out that this oil can only be used within the country and not sold in the EU.

On November 22, Radio Free Europe quoted an EU spokesperson as saying that the deal would breach the EU sanctions as fuels produced by Lukoil with oil imported from Russia cannot be sold outside Bulgaria.

In October, the EC also said that Lukoil cannot export petroleum products produced from Russian oil from Bulgaria. However, the caretaker government claimed the position of the EC was misinterpreted by local media.

The government in Sofia insists that the fuels were produced outside Russia therefore they are not under sanctions.

Lukoil Neftohim Bulgaria joined the Lukoil group in 1999. It is the largest oil refinery in the Balkans and it was built so that it can only refine Russian oil. However, the former government led by Kiril Petkov said the refinery could adjust its equipment to produce fuels from oil imported from other countries.

The government’s agreement with Lukoil was criticised by pro-Western analysts and politicians, who have accused President Rumen Radev of acting as a "foreign trade bureau for Russian President Vladimir Putin". In Bulgaria, the president appoints caretaker governments.

Since the start of the Russian war in Ukraine, Radev has been positioning himself as increasingly pro-Russian. The caretaker government which took office in the beginning of August, seems to have the same political and economic aspirations and is trying hard to return Bulgaria back to Russian political and energy orbit.