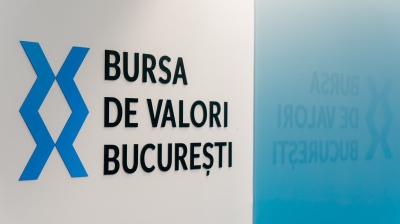 By Clare Nuttall in Glasgow November 8, 2021

Amid the global stock market rally as the world recovers from the coronavirus (COVID-19) pandemic, the Bucharest Stock Exchange (BVB) has performed particularly strongly. Not only have its main indices beaten major European and US exchanges this year, it has also seen a flood of new bond and equity listings.

The latest figures released by the BVB show that the exchange’s main index, BET, soared by 29% in the first nine months of the year, while the BET-TR index, which also includes dividends, was up by an even stronger 35.6%. This compares favourably with the performance of the US’ S&P 500 that increased by 14.7% in the same period, and the European index STOXX600, which was up by 14%.

At the same time, there was a 4.2% year-on-year increase in the total trading value for all the financial instruments traded on the BVB to RON13bn (€2.6bn). According to Radu Hanga, president of the BVB, the number of investors active on the exchange went up by close to 30% in the last 18 months. In an interview with bne IntelliNews (listen to the podcast here), he attributes this to a combination of the performance of the BVB and the international environment characterised by high liquidity.

“The strong performance of the indices of course creates a lot of positive interest in the Bucharest stock exchange on the local market,” Hanga tells bne IntelliNews.

At the same time, he says, “Globally we live in a high liquidity environment. Central banks started pumping liquidity into the market, interest rates are at very low levels – that’s valid for Romania as well, if we look at retail deposits in banks we see in the last six to seven years there has been double digit yearly growth. We see loan-to-deposit ratios at historic lows. There is a lot of liquidity in the banking sector and at the same time record low interest rates. Ten years ago the interbank rate was at 8%; now it’s at 1.5%. Even after the last rate hike from the central bank, we are still very low in terms of interest rates and we are living in a high liquidity environment, and that creates pressure on investors to diversify, look for alternative investments, and in that context having a stock exchange that delivers that kind of performance creates attractiveness and brings investors into the market.”

The past and the future

Last year the BVB celebrated 25 years since its reopening in 1995, but it’s nearly 140 years since the exchange was originally opened back in 1882; the precise date was December 1, which is Romania’s National Day. The exchange operated from 1882 to 1948, when it was closed by the communist regime. However, Hanga points out that there is continuity even though the communist period as many of the major companies active in Romania today were set up during the communist era.

Ahead of this anniversary, the exchange rebranded in a bid to position itself as a mechanism for company funding and growth as it aims to attract new companies, partners and investors.

The new logo was designed in the Romanian tradition, but it is also intended to be higher and more modern than the old one as the exchange prepares for the digital future. Hanga comments: “We are looking at and respecting our history, while looking forward to the future.”

The BVB has benefitted from the elevation of Romania from frontier to emerging market status by FTSE Russell, which came into effect in September 2020. As of September 2021, there were four Romanian companies in the FTSE Global All-Cap – the country’s largest bank Banca Transilvania (TLV), nuclear energy company Nuclearelectrica (SNN), Southeast Europe’s largest oil and gas company OMV Petrom (SNP) and plastics producer TeraPlast (TRP) – while IT company Bittnet (BNET) has been included in the FTSE Global Micro-Cap index.

“That creates more visibility for the Romanian market and also attracts passive investments from investment funds which are following the FTSE indices. We are looking forward to increasing our presence there, we have other companies which are visible on the local market and which deserve to be more visible,” says Hanga.

All in all, says Hanga, “We have really had a record year.”

Not only have there been 22 bond issues listed on the exchange since the beginning of 2021, there have also been nine t-bill issues, bringing the fixed income financing through the exchange to a record €1.3bn. On top of this, 19 companies have listed since the beginning of the year with a total capitalisation of around €1bn, 17 of them on the alternative AeRO market as well as two larger companies – One United Properties and Transport Trade Services (TTS) – on the main market.

“If we compare this year with the few last years, we seen an explosion in the number of listings in 2021, higher than in the last five years in total,” says Hanga.

“Looking at the pipeline, we see a lot of deals which are going to come to the market in the coming months and according to public data we collect from the news we see strong interest from local entrepreneurs to come to the BVB.”

As well as Romanian companies, Hanga says “we are looking regionally and we would like very much to support companies from the nearby space to finance themselves.” This has already happened with the listing of Moldova-founded Purcari Winery in 2018. Now Hanga says he sees more companies looking at the BVB as regional hub for financing their growth.

As the AeRO market has become increasingly active – the market capitalisation of all companies listed on the AeRO market now exceeds RON15bn, a 57% y/y increase – the BVB launched a new index, BET AeRO, dedicated to the market in October.

Hanga notes there was a "lot of noise around the AeRO market, a lot of interest in new companies” sparking discussion in the investor space about the need for an index. The index will reflect the liquidity and free float market cap of AeRO companies. It will start with 20 companies, and Hanga forecasts “quite high volatility in terms of the structure of the index”, given the number of new companies getting listed on AeRO.

At the same time, the BVB launched the BET-TRN and BET-XT-TRN as the net total return variants of the existing BET and BET-XT indices, the first indices of this type launched by the BVB.

Uzbekistan: How a power outage sent a country into meltdown
4 hours ago
Emerging Europe M&A soars by 55% to €94bn in 2021
1 day ago
Lithuania looks for quality, not quantity in fintech
1 day ago
Who needs a war?
2 days ago
Outbreak of calm grips Ukraine
2 days ago