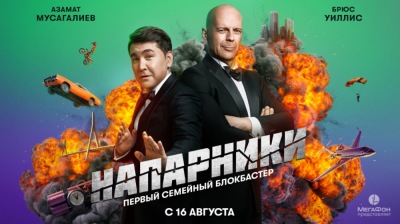 The face of Hollywood actor Bruce Willis is already well known in Russia from previous advertising campaigns, but now he is back to become the face of top mobile phone company Megafon - except he won't physically participate in any of the filming for an extensive campaign.
By Cameron Jones in London August 18, 2021

Hollywood actor Bruce Willis’ face is back on the screens in Russia after he agreed to feature in the new advertising campaign of leading Russian mobile phone company Megafon. However, the actor will not physically participate in any of the filming of the extensive planned campaign, which will be entirely filmed without him using “deepfake” technology.

The action star is very popular in Russia and previously his face was the centre piece of an advertising campaign by commercial bank Trust Bank that went bust in 2017 and was taken over by the Central Bank of Russia (CBR).

After a four-year break Willis will take part in the Megafon advertising series, the company's creative director Alexei Trotsyuk told Vedomosti on August 17. The popular actor is sure to catch the attention of the audience, and the serial format with an interesting and dynamic campaign will work to keep their attention, Trotsyuk believes.

The advertising campaign will be shown on federal TV channels, as well as on the Internet, and also be placed on billboards of outdoor advertising, according to Vlad Wolfson, the commercial director of Megafon.

The advertisement for Megafon will use the image of Willis from his “Die Hard” series of movies, which has been recreated using “deepfake” face generation technology based on neural network algorithms, says Trotsyuk. Video production technology has progressed to the point where it is possible to create live action images of stars that are entirely generated by computer, without the need for the actual star’s participation at all. They can in effect licence their faces. The use of this technology means Willis will not have to be physically involved in any filming with the actor's participation. “Willis will not have to come to Russia,” says Wolfson.

Willis was previously the central focus of the Trust Bank advertising campaign, recalls the director of strategy of the branding agency Depot Farhad Kuchkarov.

“This advertisement did not go unnoticed, and many memes were launched. Bruce then hit the Internet and there were parodies in KVN. This definitely increased brand awareness, gave a high-quality PR effect, as well as increasing attention to the brand and conversion,” Kuchkarov told Vedomosti.

The image of Willis from “Die Hard” symbolises reliability and fairness, the commercial director of Megafon believes: “And these are the values for which, according to our surveys, the company's subscribers are now demanding. It will work for an older audience - people over 35. Those who are close and familiar with this image since the release of the Die Hard movie franchise.”

Gleb Sakhrai, CEO of PRT Edelman Affiliate, agrees that Willis's image will work well for an audience of 35+. According to him, a story will become truly powerful if it still contains, "an element of provocation or space for creating memes," he told Vedomosti.

The “Die Hard” movies remain very popular in Russia, especially those that feature Russia. Megafon did not disclose how much the actor will be paid for the campaign, but according to Kuchkarov, it could be from $1mn to $2mn.

To appeal to the younger audience under 35, Willis will have a partner in the story - the popular Russian TV presenter Azamat Musagaliev (who stars in the Russian programmes “Once Upon a Time in Russia” show and “Where is the Logic?” program on TNT), to attract younger people.

The format, according to Wolfson, is based on the traditional tandem of experienced and young partners who together can get out of any situation: "Musagaliev's hero is resourceful. He will seek to offer our subscribers different life hacks.”

A total of 15 episodes of the series is planned, in none of which Willis will actually participate, according to Trotsyuk. In addition to Willis and Musagaliev's character, he said other characters will appear in the series. “As a result, we are planning to create a kind of universe of Megafon superheroes,” summed up Trotsyuk. What other characters will appear in the future in the series, he did not say.

Efforts to deploy US counterterrorism forces in Uzbekistan may not be over
Russian internet major Yandex adds London to foodtech expansion
bneGREEN: Russia to become carbon neutral by 2060