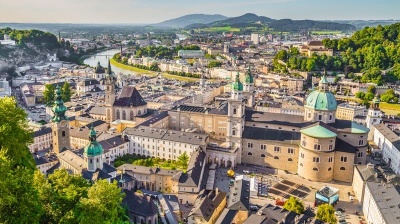 Angry Romanians called for a boycott on travel to Austria after Vienna blocked the country's Schengen entry. / bne IntelliNews
By bne IntelliNews December 9, 2022

The #boycottAustria hashtag has gone viral on social media after Vienna blocked Romania and Bulgaria from joining the EU’s Schengen border-free zone.

The two countries were both turned down at the EU Council summit on December 8, with the Netherlands also vetoing Bulgaria’s accession. Other members of Schengen backed entry for the two states, but unanimity is required for new members to be allowed in.

Romanians started posting on Twitter and other social networks under the #boycottAustria hashtag earlier in the week when Austrian Chancellor Karl Nehammer said at the EU-Western Balkans summit in Tirana that Vienna does not back Romania's accession to Schengen.

That prompted Romanians to declare they would no longer go skiing at Austria resorts, and would close their accounts at Austrian banks.

Austria’s Erste is the owner of BCR, one of the biggest banks in Romania, and Raiffeisen also has a presence in the country.

When the decision was formally confirmed on December 8, others rushed to join.

One posted a picture of a notice spotted on a restaurant door saying credit cards issued by Austrian banks are not accepted.

“Credit cards emitted by Austrian banks in RO are not accepted any longer by some restaurants. That’s extreme but I love that! I closed my account with them yesterday,” read the caption.

“Oh look, Austrian companies are feeling the heat already,” tweeted another user of the social network.

“Romanians and Bulgarians: keep boycotting, and soon there will be a nice line of angry business people at Nehammer’s door, asking why they need to lose money for his senseless xenophobia.”

Those to have joined the boycott include the Universitatea Craiova football club. It announced on Facebook that “Following the revolting attitude of the Republic of Austria, to block Romania's access to the Schengen Area, the University of Craiova, faithful to the principles rooted in its DNA, took the decision to sanction the Austrian partner companies with a total boycott. This includes shutting its accounts at Raiffeisen Bank, no longer filling up at OMV Petrom stations and cancelling its traditional summer camp at a mountain resort in Austria.”

There were also mentions of Austrian companies exploiting Romania’s natural resources. Vienna-based OMV controls Romania’s OMV Petrom, the largest producer of oil and gas in Southeast Europe. Another company, Holzindustrie Schweighofer, part of Austria’s HS Timber Group, has been involved in illegal logging scandals in Romania, that sparked protests by Romanians campaigning to end logging of their forests by foreign companies.

Other users vented their feelings by simply tweeting “f*** Austria” or posting pictures of the Nazi dictator Adolf Hitler, who was born in Austria.

Austria’s objections are related to the country’s doubts that the two countries can deal with illegal migrants crossing their borders. This is particularly valid for Bulgaria, which was harshly criticised by Vienna.

Meanwhile, the Netherlands believes that Bulgaria has failed to make any progress in the fight against top-level corruption and organised crime.

"A single member state chose to ignore the reality and blocked the European unanimity, in a way that was inexplicable and difficult to understand by the entire European Union. The regrettable and unjustified attitude of Austria in today's meeting risks affecting European unity and cohesion, which we need so much, especially in the current geopolitical context,” he said.

The Austrian ambassador in Bucharest was summoned to the Ministry of Foreign Affairs, which said it considers Vienna's attitude against Romania's Schengen bid "inadmissible, unjustified and unfriendly".

"This will have inevitable consequences on bilateral relations," according to a statement from the ministry.

Most Bulgarian politicians, albeit unhappy with their rejection, appeared to accept the decision as fair. Most of the blame in Sofia was cast internally, with politicians blaming each other for the situation.

One exception was Stefan Yanev, the leader of the smallest party in Bulgaria’s parliament, Bulgarian Ascend, who called for boycott of the Netherlands.

Vassil Vassilev, chairman of the Association of the Industrial Capital in Bulgaria (AIKB), an organisation that includes many big companies, said the decision of the Netherlands to separate Bulgaria from Croatia and Romania was unacceptable.
In an open letter, AIKB called on the government, the president and the parliament to summon the Bulgarian ambassador to the Netherlands – a symbolic gesture that would show the country cannot be “taught” in this way.
Like Yanev, AIKB wants the Bulgarian authorities to apply reciprocity, by boycotting the Netherlands in every possible way. Moreover, AIKB believes that Bulgarians should stop buying Dutch products and stop tourist trips to the country, while students should stop attending universities in the Netherlands. However, this seems highly unlikely to be accepted seriously by the majority of Bulgarians, who enjoy travelling to Amsterdam, while students prefer the universities there due to the reasonable fees and good living conditions.
#boycottAustria #Romania #Bulgaria #Schengen
Read in IntelliNews Pro
Get IntelliNews Pro