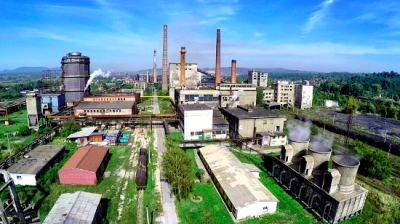 Mittal is head of the supervisory board at metallurgical coke producer Global Ispat Koksna Industrija Lukavac (GIKIL), one of Bosnia’s top exporters.
By bne IntelliNews July 24, 2019

Indian businessman Pramod Mittal, brother of steel magnate Lakshmi Mittal, was arrested along with two others on July 24 in Bosnia & Herzegovina on suspicion of organised crime and abuse of office, the public broadcaster BHRT reported.

Mittal is head of the supervisory board at metallurgical coke producer Global Ispat Koksna Industrija Lukavac (GIKIL) – one of Bosnia’s top exporters.

“They are arrested on suspicion that they have committed a criminal act of organised crime and abuse of office and authority since 2003,” prosecutor Cazim Serhatlic said as broadcast by BHRT.

The police also raided the offices of GIKIL.

If found guilty the suspects could get jail sentences of up to 45 years.

Suspicions about Mittal’s alleged criminal activity are not new. GIKIL’s workers have many times claimed that between 2006 and 2015 he embezzled and illegally transferred to his own offshore company Global Steel Holdings Ltd (GSHL) BAM21mn (€10.7mn), Klix.ba reported.

Mittal’s brother Lakshmi Mittal is the CEO of global steel giant ArcelorMittal, which also has a factory in Bosnia.