Bombing in heart of Istanbul kills at least six 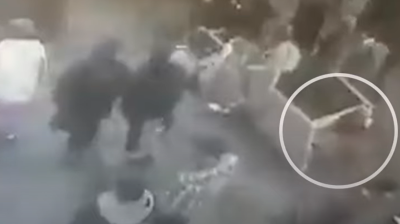 CCTV footage captured moments before the explosion suggested it originated from a bag left on a bench. / social media
By bne IntelIiNews November 13, 2022

At least six people were killed and 81 were wounded after a late afternoon explosion rocked Istanbul’s popular pedestrian thoroughfare Istiklal Avenue on Sunday November 13. Speaking at a news conference in Istanbul not long after the blast, Turkish President Recep Tayyip Erdogan condemned what he described as a "vile attack" and said "the smell of terror" was in the air.

In early October, anticipating violence ahead of Turkey’s parliamentary and presidential elections scheduled for next June, bne IntelliNews reported on a suicide attack claimed by the People’s Defence Forces (HPG), a unit of the Kurdistan Workers’ Party (PKK), in Turkey’s Mediterranean city of Mersin, under the headline “Suicide attack in Turkey awakens ghosts that promise violence ahead of elections.” The article described how previous election seasons in Turkey have been marked by bomb attacks.

An Al Jazeera reporter, reporting from Istiklal Avenue, said the suspected female bomber reportedly dropped a bag of explosives in the middle of the street packed with civilians, and it detonated a few minutes after she left. She added that officials were stating that they believed that she was a member of the outlawed PKK. “I learned from my sources that the other two suspects are two very young men who were born after 2000,” she also said.

Some witnesses said the bomb went off near a large Mango clothes store on the street. Two of the injured were in a critical condition, officials said.

The blast happened around 16:20 local time.

BBC correspondent Orla Guerin, who was in the area of the explosion, said many shopkeepers standing in their doorways on the normally bustling street looked stunned.

"People were running in panic... There was black smoke. The noise was so strong, almost deafening," one eyewitness, Cemal Denizci, told AFP.

Istiklal Avenue was previously targeted by a suicide bomber in March 2016. That attack killed five people and injured 36. Turkish police later said the bomber had links to Islamic State. July 2016 brought an attack on Istanbul Ataturk Airport in which terrorists armed with guns and bombs killed dozens.

Erdogan spoke about the bombing shortly before departing for Tuesday November 15’s G20 summit in Bali. It was a “treacherous attack”, he said, adding that investigations were continuing but initial reports indicated an act of terrorism. “The first information provided to us by the [Istanbul] governor suggests this was an act of terrorism. We detected that a woman played a role. The work continues,” he said.

Turkey’s media ombudsman RTUK, meanwhile,  placed a temporary ban on reporting on the explosion. The move stopped broadcasters from showing the moment the blast struck or the immediate aftermath. The regulator said the move was made “to avoid broadcasts that may create fear, panic and turmoil in society and may serve the purposes of terrorist organisations”. Social media users said access to Twitter was throttled.

NetBlocks, which monitors internet freedoms, reported network data that showed the Turkish authorities were throttling and restricting access to social media platforms including Twitter, Instagram, YouTube and Facebook in the wake of the attack. “Access to information is vital in times of emergency. Research shows that social media restrictions increase misinformation after security incidents and attacks,” NetBlocks founder, Alp Toker, wrote on Twitter.

Turkey’s parliament lately passed a controversial “disinformation” law. Social media users or journalists can be jailed for up to three years if found in breach of the legislation.