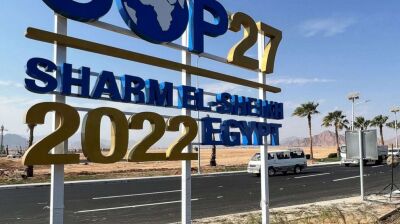 The investments of the world’s 125 wealthiest people produce the same amount of CO2 as the whole of France, while each of them emits a million times more greenhouse gases (GHGs) than the average person.

“These few billionaires together have ‘investment emissions’ that equal the carbon footprints of entire countries like France, Egypt or Argentina,” said Nafkote Dabi, climate change lead at Oxfam.

“The major and growing responsibility of wealthy people for overall emissions is rarely discussed or considered in climate policy making. This has to change. These billionaire investors at the top of the corporate pyramid have huge responsibility for driving climate breakdown. They have escaped accountability for too long,” said Dabi.

Oxfam’s report said that many of the 183 corporations examined were off track in setting their climate transition plans, including hiding behind unrealistic and unreliable decarbonisation plans with the promise of attaining net-zero targets only by 2050.

Fewer than one in three of the 183 corporates reviewed by Oxfam are working with the Science Based Targets Initiative. Only 16% have set net-zero targets.

“We need COP27 to expose and change the role that big corporates and their rich investors are playing in profiting from the pollution that is driving the global climate crisis,” said Dabi.

“They can’t be allowed to hide or greenwash. We need governments to tackle this urgently by publishing emission figures for the richest people, regulating investors and corporates to slash carbon emissions and taxing wealth and polluting investments.”

The choice of investments that billionaires make is shaping the future of our economy, for example, by backing high carbon infrastructure – locking in high emissions for decades to come. The study found that if the billionaires in the sample moved their investments to a fund with stronger environmental and social standards, it could reduce the intensity of their emissions by up to four times.

“The super-rich need to be taxed and regulated away from polluting investments that are destroying the planet. Governments must put also in place ambitious regulations and policies that compel corporations to be more accountable and transparent in reporting and radically reducing their emissions,” said Dabi.

Indeed, CO2 created from oil and gas production could be severely underreported, a report from Climate TRACE, a coalition founded by former US Vice President Al Gore, warned this week.

The report said that emissions data voluntarily offered to the UN Framework Convention on Climate Change (UNFCCC), the body that includes the annual COP summits, was misleading, and that real emissions levels could be three times higher.

More than half of the 50 largest sources of GHG emissions are associated with oil and natural gas fields and those emissions are vastly under-reported, the report warned.

Methane measurements in 2020 and 2021 detected within-year increases of 15 and 18 parts per billion respectively, the largest increases in atmospheric methane since systematic measurements began in the 1980s.

In the week of COP27, Oxfam called for wealth taxes to target the super-rich, given their disproportionate impact on the environment and climate change.

Oxfam has estimated in recent research that a wealth tax on the world’s super-rich could raise up to $2.5 trillion a year, vital resources that could help developing countries – those worst hit by the climate crisis – to adapt, address loss and damage and carry out a just transition to renewable energy.

Oxfam said that governments needed to put in place regulations and policies that compel corporations to track and report on scope 1, scope 2 and scope 3 GHG emissions, set science-based climate targets with a clear roadmap to reducing emissions.

Governments should implement a wealth tax on the richest people and an additional steep rate top-up on wealth invested in polluting industries. This will reduce the numbers and power of rich people in our society, drastically cutting their emissions. It will also raise billions that can be used to help countries cope with the brutal impacts of climate breakdown and the loss and damage they incur and fund the global shift to renewable energy.

Corporations must also put in place ambitious and time-bound climate change action plans with short- to medium-term targets in line with global climate change objectives with a view to achieving carbon neutrality by 2050.

“To meet the global target of keeping warming below 1.5 degrees Celsius, humanity must significantly reduce carbon emissions, which will necessitate radical changes in how investors and corporations conduct business and public policy,” said Dabi.

Recent data from Oxfam’s research with the Stockholm Environment Institute showed that the wealthiest 1% of humanity are responsible for twice as many emissions as the poorest 50% and that by 2030, their carbon footprints are set to be 30 times greater than the level compatible with the 1.5°C goal of the Paris Agreement.