bneGREEN NEO: Petrochemical companies should step up the fight against plastic waste 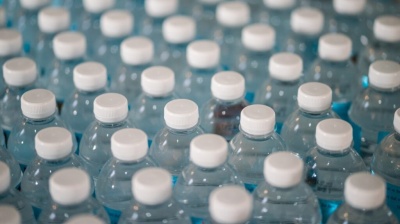 Plastic waste has become a key issue in the fight against climate change. As experts and activists debate the merits of recycling versus reducing plastics overall, petrochemical companies should speed up their plans to turn plastic into a circular material.

At the COP27 conference on climate change last month, leading UN representatives sounded the alarm on the devastating global impact of plastic pollution. Less than 10% of plastic waste is currently recycled, according to various estimates. The bulk of the remainder ends up in landfills, incinerated in a high-emissions process or leaks into the environment, with up to 14mn tonnes of plastic waste entering aquatic ecosystems each year.

Environmental activists argue that recycling doesn’t go far enough to deal with current levels of plastic waste and have called for an overall reduction, or even a ban, on new plastic production.

But this is easier said than done. Plastics play a key – and often indispensable – role across most modern industries, from food packaging to construction to medical equipment, and alternatives to plastic may not necessarily be better for the environment. In a 2022 study, McKinsey found that plastics contributed fewer greenhouse gas emissions than non-plastic alternatives in 13 out of 14 cases of at-scale use.

The solution, industry players argue, is to produce a higher share of new plastic from plastic waste.

To that end, the world’s largest petrochemical companies such as Dow Chemical, SABIC, Shell and Total Energies are investing in technology to reuse plastic waste in their production. This process, known as advanced, or chemical, recycling, melts down existing plastic back into its chemical components from where it can be used to produce new polymers. While activists claim that chemical recycling may cause additional pollution and CO2 emissions, more than 40 industry majors have begun adopting this circular approach, which may offer a more realistic path to reducing plastic waste in the short to medium term.

Major oil and chemical companies are also partnering on a global scale to reduce their impact on the environment. Firms including ExxonMobil, Dow and Chevron Phillips Chemical have created the Alliance to End Plastic Waste, whose members committed to investing $1.5bn in waste management infrastructure by 2024. This initiative, however, was recently criticised by Bloomberg News for insufficient efforts and elements of “greenwashing”. It’s now up to petrochemical companies to respond to this criticism by speeding up their recycling efforts and contributing to the reduction of plastic pollution.

Fighting plastic pollution is a truly global challenge that should involve all parties. Despite political tensions, Russian petrochemical producer Sibur took part in COP27 and pressed ahead with its circular economy transformation, which its management team continues to implement after CEO Dmitry Konov stepped down in early 2022 due to EU sanctions. In September, Sibur launched the production of “green” PET granules, which are used to make plastic bottles, with up to 30% recycled plastic content.

With plastics having become one of the most widely used materials in the world today, producers are poised to play a leading role in addressing the plastic waste crisis. Advanced recycling offers one solution, though it must be scaled up and further developed to reach meaningful capacity. But recent company efforts suggest that the plastics industry has taken a decisive step towards adopting a circular economy model, in which used plastics will be funnelled back into production for the benefit of the environment.

Instead of curbing plastic production, we need to get smarter about how plastics are made. The steel industry is an example of how this could work: 85% of collected steel scrap is recycled and used as a raw material for about a third of global steel production. The plastics industry can similarly harness opportunities to boost the use of recycled materials in its production as a major step towards combating plastic waste.

This article first appeared in New Economy Observer (NEO), a digital publication covering the intersection between finance and social responsibility, with a special focus on emerging markets. It offers news and analysis on major issues shaping the new global economy, including climate change and renewable energy, sustainable development, e-commerce and tech innovation, and the future of work.

Poland basks in the glory of being Europe’s chief ally of Kyiv
VISEGRAD BLOG: When Eastern European states speak out they are now listened to
bneGREEN: Renewable energy was a hot topic in Davos but for Europe, much work remains