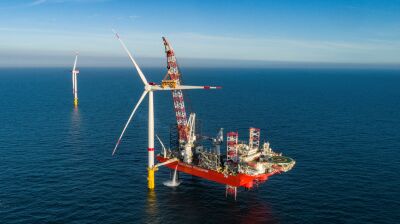 The EU’s efforts to reduce CO2 emissions by 55% by 2030 are woefully inadequate and unable to contain global warming to the 1.5°C target, with reductions of up to 77% needed instead to stand any chance of averting a climate catastrophe.

Climate Analytics, a think-tank, warned in a recent report that to be 1.5°C compatible, all 27 members of the EU would collectively need to cut domestic emissions by up to 77% by 2030 compared to 1990 totals, and to bring forward the net-zero target date from 2050 to 2045.

The 77% figure is far more than the target of 58% laid out in the EU’s REPowerEU plan, which the European Commission drew up earlier this year to reduce the Bloc's reliance on Russian gas.

This replaced the widely promoted Fit for 55 target of a 55% reduction, while current EU policies would see only a 47% reduction in CO2 emissions by 2030.

What this means is that the EU’s widely promoted Fit for 55 slogan – meaning a 55% cut in emissions by 2030 – is no longer fit for purpose and that Brussels and EU governments must set more ambitious emissions reduction targets immediately.

The detailed report set out that the EU must reduce emissions by between 63% and 73% below 1990 levels. If land use, land use change and forestry (LULUCF) are taken into account, then this reduction could rise to a 66-77%

The report comes as Europe is facing the prospect of an energy crisis this winter, as gas imports from Russia are cut.

The explosions this week at the Nord Stream gas pipelines, which reduced the pressure in the pipelines to nothing, causing four leaks, effectively shut them down.

Meanwhile, the EU has also mooted including an oil price cap in its latest proposed eighth package of sanctions on Russia, released on September 28.A oil import ban is due to come into effect on December 6, although Hungary continues to criticise the total ban on Russian crude oil imports.

The energy crisis, which has seen wholesale energy prices inflate by up to 10 times, could be an opportunity for governments to drive forward the green agenda, as set out in the REPowerEU package.

The issue of European energy security in the wake of Russia’s invasion of Ukraine has thrust renewable energy to the fore as countries try to reduce their reliance on Russian fossil fuels. Moscow has also slashed natural gas imports to Germany, Europe’s largest economy.

Progress, but not enough

Despite the gloomy warnings of the report, Europe is making progress on renewables.

BloombergNEF said in its recent Power Transition Trends report that EU solar installations are on track to increase 40-60% in 2022, with 39-44 GW set to be added, compared with 27 GW in 2021. This would replace 10% of lost gas supply from Russia.

BNEF data said that solar utilisation would total around 1,300 hours in 2022, generating 57.2 TWh of power, which means about 110 TWh of gas-derived energy can be replaced.

However, BNEF warned that as the global economy recovers from coronavirus (COVID-19), electricity demand surged 5.6% in 2021 on existing infrastructure and fossil fuel supply chains.

Wind and solar accounted for a combined 10.5% of global 2021 generation, with nearly 3,000 TWh of electricity.

Nevertheless, there continues to be slippage on coal, with production from coal plants jumping 8.5% in 2021, up 750 TWh to 9,600 TWh hours. Over 85% of that generation came from 10 countries, with China, India and the US alone accounting for 72%. In Europe, Germany and Poland are the leading coal users.

The Climate Analytics report outlined two scenarios – HighRE and PAC – that could set out what Europe must do to become 1.5°C compatible.

The HighRE scenario is relies on low-cost renewables while reducing reliance on bioenergy and carbon dioxide removal.

The PAC scenario provides a bottom-up perspective focused on consumption and efficiency.

Fossil fuels are rapidly displaced from the energy system in 1.5°C compatible pathways for the EU27.

In the most ambitious pathways, coal is phased out of the energy system by the early 2030s, and oil/gas by 2040 at the latest.

There is a particularly strong action in the power sector, where rapid deployment of wind and solar is the cornerstone of the energy transition. To become compatible, Europe must phase out coal from power generation by 2030 and fossil gas by the mid-2030s. This would mean a transition to 100% fossil-free electricity, including nuclear power, by the mid-2030s. This would then need to be followed by a transition to 100% renewable electricity by 2050 at the latest. At this date, electricity generation would be more than double the 2022 figure.

What this means is that EU27 can and must do more to align with the Paris Agreement’s 1.5°C target and provide global leadership on the climate crisis.

Each country must update their NDC so that it aims to cut emissions by at least 66% (incl. LULUCF) by 2030, commits to 100% fossil-free electricity by the mid-2030s and brings forward the date of net zero GHG emissions by up to a decade.

bneGREEN: CEE countries need to invest in more solar and wind to break their Russia energy dependence
NEMETHY: How the Battle for Ukraine may change Europe
COMMENT: The new Cold War will be different, and not only because of China

The energy crisis in Central and Eastern Europe has lost some of its bite after a mild winter and record LNG imports led to a slump in natural gas prices. The EU has made good progress in replacing Russian energy supplies.