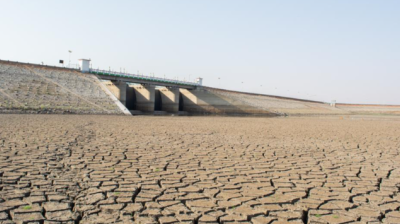 Europe is facing its worst drought for 500 years, as the European Commission has warned that nearly half of the EU’s territory faces severe water shortages in August, as climate change has caused low rainfall levels and record-high temperatures.

The current drought appears to be the worst in Europe for at least 500 years, the Commission’s Joint Research Centre (JRC) said, with water scarcity threatening crucial areas of the economy such as agriculture and renewable energy.

This means that energy and food security in Europe, already under threat from the fall-out of the war in Ukraine, now faces a climate change-inspired perfect storm that may well cause food and energy prices to rise even more rapidly and create an environmental disaster.

The high temperatures and droughts are another wake-up call for governments to keep Europe on course for its Fit for 55 targets, which call for a 55% reduction in CO2 emissions by 2030, and for its net zero by 2050 ambitions.

The JRC used data from the European Drought Observatory to show that 47% of the EU was now under warning conditions, meaning that rainfall has been less than usual and soil moisture is in deficit. A further 17% of the EU was on the highest status of alert, meaning that vegetation and crops show the negative effects of drought as well.

Brussels said that the drought increased the risk of fire and could reduce harvests across Europe, while also increasing the risk of environmental emergencies. The lack of rain has affected river discharges widely across Europe. Reduced stored water volumes have had severe impacts on the energy sector for both hydropower generation and cooling systems of other power plants.

The EU placed the blame firmly for the drought on climate change. Commissioner for Innovation, Research, Culture, Education and Youth Mariya Gabriel said: “The combination of a severe drought and heatwaves has created an unprecedented stress on water levels in the entire EU. We are currently noticing a wildfires season [significantly] above the average and an important impact on crops production. Climate change is undoubtedly more noticeable every year."

Water and heat stresses will also cut yields for summer crops. Current yield forecasts for grain maize, soybeans and sunflowers at the EU level are respectively: 16%, 15% and 12% below the five-year average.

The JRC could not forecast any respite from the drought soon, saying that warmer and drier than usual conditions are likely to occur in the western Euro-Mediterranean region until November 2022.

The report comes as record temperatures have been seen all across Europe this summer, in addition to Asia and Africa and the Arctic.

Temperatures in Europe broke through the 40°C mark in mid-June. This level of heat early in summer is unprecedented, and is now beating all-time records in places.

Russians view Baltic States as a threat
VISEGRAD BLOG: When Eastern European states speak out they are now listened to
No tanks for Ukraine at Ramstein meeting