bneGREEN: EU to use €2.4bn of carbon credit cash to fund green projects in CEE 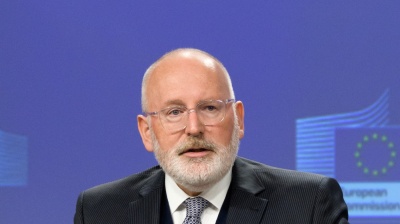 The EU’s Modernisation Fund is to provide €2.4bn raised from the proceeds of the EU Emissions Trading System (ETS) to seven Central and East European countries to help them meet their 2030 climate and energy targets by funding the modernisation of their energy systems and the reduction of greenhouse gas (GHG) emissions from industry, energy and transport.

The money will also speed up the EU’s energy transition in response to Russia's invasion of Ukraine, which has prompted Brussels to place more focus on renewable energy and energy security.

The money will be used to support a total of 45 projects ranging from renewables generation to modernisation of energy networks and improved energy efficiency in the energy sector, transport, industry and in buildings. It will also fund projects that replace coal with lower carbon intensity fuels.

In Romania, the largest beneficiary, the funds will support the construction of eight photovoltaic (PV) parks and two combined cycle gas turbine plants, thereby replacing lignite with renewables and gas for power generation. The country will invest in the modernisation of its electricity networks.

In Czechia, the money will be used to modernise public lighting systems within municipalities, convert coal to biomass and gas in district heating and emissions trading system (ETS) installations, as well as increasing energy efficiency.

In Croatia, a number of renewable generation projects will receive funding, while in Lithuania the cash will be spent on renovating public buildings in a bid to increase energy efficiency.

Hungary is to spend the money on building energy storage infrastructure to support grid security.

European Commission Executive Vice-President Frans Timmermans said: “The Modernisation Fund is European solidarity in action. With revenues from the emissions trading system it delivers concrete results on the ground, helping beneficiary countries reduce greenhouse gas emissions in key sectors and become climate neutral. Moreover, this major financial injection is available to launch projects that will help speed up our energy transition in response to Russia's invasion of Ukraine.”

European Investment Bank (EIB) Vice-President Ambroise Fayolle said: “By supporting EU countries mostly affected by the energy transition, the Modernisation Fund helps to deliver climate finance where it's most needed. In this latest disbursement cycle, the Fund made available €2.4bn to support 45 investment proposals helping beneficiary Member State countries to modernise their energy systems and improve energy efficiency. The EIB, as the EU's climate bank, is delighted to work in partnership with the European Commission and Member States to implement the Modernisation Fund as a key tool to accelerate the EU's clean energy transition and to support the implementation of the recently released REPowerEU strategy.”

It aims to finance use the proceeds of the EU ETS to make investments consistent with the EU’s 2030 climate and energy objectives, as well as the Paris Agreement.

The majority of the resources of the Modernisation Fund (at least 70%) must be invested in renewables projects specified as priority areas by the EU’s ETS Directive.

The Modernisation Fund cannot finance investments which involve solid fossil fuels, although this is allowed in Bulgaria and Romania if they relate to efficient and sustainable district heating.

The Fund has already made available €898.43mn to eight beneficiary countries to help modernise their energy systems

The Modernisation Fund is one of a number of European funding instruments, such as the Cohesion Policy and the Just Transition Fund. The Fund mobilises significant resources, which can help beneficiary Member States support investments in line with the REPowerEU Plan and Fit For 55 package.

Entain buys Croatia’s SuperSport as it expands into Emerging Europe

Serbia to crack down on environmental crime