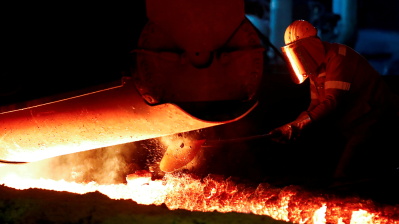 The European Commission is to publish legislation on July 14 that will detail the EU’s plans, dubbed “Fit for 55,” to reduce greenhouse gas (GHG) emissions by 55% from 1990 levels by 2030 as part of wider reforms to European energy and climate laws.

The 55% target, up from the previous 2030 target of 40%, will form a stepping stone towards the EU’s target of becoming climate neutral by 2050.

Although the legislation will cover hundreds of pages and is set to be argued over in the coming years in both Brussels and in member states, several issues are set to have the biggest impact on Central and Eastern Europe.

Briefly, the legislation will set out new rules for, amongst others, emissions trading, improved renewables targets and emissions limits for transport and industry.

Reforms are in the offing for the EU Emission Trading System (EU ETS), the energy efficiency and renewable energy directives, CO2 emission standards for cars and vans and energy taxes.

At stake is the cost of carbon, or rather, what major emitting companies will have to pay in order to keep producing carbon dioxide and other GHGs.

For non-EU members, such as Russia, Ukraine and Turkey, the key issue is that the EU is proposing to make exporters into the EU pay a “carbon tax,” known as the Carbon Border Adjustment Mechanism (CBAM), in order to gain entry to EU markets, potentially increasing their costs and threatening their business models.

If the EU is to meet its goal of achieving net-zero emissions by 2050, then every sector of the economy will need to undergo a profound transformation in the next three decades in order to reduce emissions and decarbonise their operations.

Brussels has dubbed its green growth strategy the “Green Deal”, and includes both climate targets, such as the 55% reduction in emissions, and the Fit for 55 package of legal reforms required to meet these targets.

The CBAM is set to apply to the EU’s trading partners, and aims to extend the carbon price set by the EU ETS to imports from outside the EU. In other words, it aims to impose a tax on the carbon content on several categories of imports into the EU, principally energy, steel, chemicals and fertilisers.

Details about the CBAM will be unveiled on July 14, with the scheme set to be implemented in 2023.

The CBAM accompanies reforms to the EU ETS for EU industry. Brussels, in order to meet its Fit for 55 targets, could to end the practice of granting free allowances to EU carbon emitters.

This was one of the major proposals that was leaked and widely reported at the end of June.

However, in order to prevent unfair competition between EU emitters forced to buy carbon allowances and non-EU emitters which do not need to pay for carbon, Brussels is proposing its CBAM.

The mechanism aims to prevent carbon leakage, whereby the carbon not produced in the EU is instead produced outside the EU by companies that do not need to pay for carbon.

According to leaked drafts of the CBAM plans, widely reported in recent months, the scheme will cover steel, cement, fertilisers, aluminium and electricity.

Brussels has proposed to use the proceeds from the CBAM to invest in green technology and innovation.

The think-tank Bellona said in a recent report that free allowances must end if the EU ETS and the CBAM are to prove effective.

“The EU Climate Law and the higher 2030 emissions reductions target mean that the EU ETS has to be greatly enhanced to deliver its fair share of the new, more ambitious, 2030 target,” said Bellona.

The report highlights how the CBAM, together with abandoning free ETS allowances, would support the energy transition.

“The introduction of a Carbon Border Adjustment Mechanism (CBAM) [is] the single best opportunity for European heavy industry to unlock the necessary innovation funding landscape inside the EU already in the 2020s. This policy innovation, accompanying a phase-out of free emission allowance allocations, would improve incentives for action to reduce emissions while enabling Europe to raise funds on the real scale needed to support industry in the fundamental transition it must undergo in [the] coming decades.”

Although this may be a way to raise cash for EU innovation and to maintain a level playing field for EU heavy industry, it is controversial for heavy industry worldwide, which faces new carbon costs to compete in the EU.

The US and Russian government have already voiced their concern about the CBAM system and how it could threaten their heavy industry’s exports to the EU.

However, there is considerable pushback against ending free allowances, and there is still doubt about whether this will happen or not.

Bernd Lange, chair of the European Parliament's trade committee, warned last week that the CBAM could prove the source of trade disputes – notably with the US, if Brussels does not find an agreement with Washington.

"We have to look to an understanding so that this CBAM will not land in a WTO case. This is a big task for the next months," he said in comments reported by Reuters.

Back in March, when the European Parliament voted in favour of introducing a CBAM, MEPs also narrowly voted against phasing out free allowances when the CBAM is implemented.

Any trade dispute will centre on the possibility that exporters into the EU will have to buy carbon certificates from a new CBAM authority, the cost of which will be based on both EU ETS prices and the amount of emissions embedded in their own products.

However, if EU carbon producers still receive free carbon allowances, then this would be contrary to WTO rules, leaving the whole system open to legal action.

Arguing against free allowances is heavy industry, and it is still not clear what the CBAM proposals to be unveiled on July 14 will contain.

Industry is concerned about having to pay more for the carbon it produces. CEMBUREAU, a trade body for cement producers in EU, called for the current ETS free allocations to continue.

In a statement, it called on the July 14 legislative package to “ensure that free allocation under the EU ETS fully co-exists alongside CBAM for an appropriate transition period lasting until 2030.”

CEMBUREAU dubbed the CBAM “complex and untested”, adding that “it is vital that the Fit for 55 package does not endanger the investment decisions and projects made by European cement companies and prevents significant competition distortions with third countries.”

Aluminium producers are also concerned, with Gerd Götz, director-general of trade body European Aluminium calling for them to be continued.

“In view of the many open questions and the significant negative impact of the current CBAM approach...aluminium should not be included in the pilot phase,” Götz told the Financial Times.

However, nothing is yet known for certain about what will be contained in the July 14 proposals. While the June leaks suggested that free emissions would end, there are still concerns that Brussels could continue with some free allowances while also implementing the CBAM.

This would put the scheme in potential breach of WTO rules, triggering a trade dispute, Anne Gläser and Oldag Caspar from Germanwatch, an environmental NGO, warned.

“A number of apparent elements of the policy’s design have given rise to accusations of protectionism, which could ultimately lead to WTO challenges and threats of retaliation,” they write.

“For example, so far the EU has failed to rule out the possibility that free emissions allowances will continue to exist alongside a carbon border adjustment – a clear “double protection” in the eyes of trading partners, which raises serious WTO issues.”

Finally, as well as any potential breach of WTO rules, reports of Brussels' plans to use the suggested €14bn per year income from the scheme to the EU budget, although earmarked for innovation, have led to claims that it is a money-making venture.

The CBAM will be following a middle course between the EU, which wants to reduce emissions, dirty EU industry, which wants to pay as little as possible for carbon while gaining a level playing field with dirty imports, and exporters of the likes of steel and power to the EU, who object to new carbon costs.

No party is likely to emerge totally happy, but the EU is pushing the CBAM as part of its wider Fit for 55 package.

The EU has the potential to take a global lead on emissions and to apply pressure to governments across the world to take green issues more seriously in order to meet the Paris Agreement goals and net-zero targets.

The key battleground will be fought over who will keep free allowances and for how long.