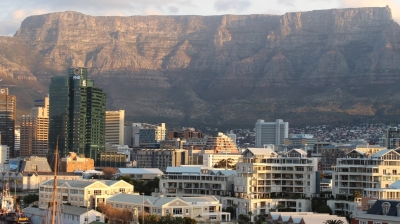 African nations are lobbying to be allowed to use their natural gas reserves to lift up to 600mn people out of energy poverty and to connect them to modern electricity supplies.

While renewables are the key to the future of Africa, natural gas is still needed to balance out energy supplies and to provide the feedstock needed for industrialisation.

"We must recognise the special nature of Africa. Africa has the highest level of energy poverty in the world," said African Development Bank (AfDB) President Akinwumi Adesina at COP27 in Egypt, Reuters reported.

"My interest is how Africa uses natural gas as part of its energy mix to provide electricity for 600mn people today that don't have access to electricity."

Adesina said that Africa’s specific need for natural gas must form a central plank of any final deal that comes out of COP27.

He also told the conference: “Africa is suffering from devastating effects of climate change, from droughts, floods, cyclones, locusts and army worms.”

He also said that Africa was losing $7-15bn per year due to climate change, which is projected to rise to $50bn by 2050. He warned that Africa, which accounts for just 3% of greenhouse gas (GHG) emissions, is the least prepared to cope with its devastating effects. Indeed, he said that 5mn Africans had been displaced by climate change.

However, a report from the UN released at COP27 highlighted that Africa could prevent 880,000 deaths per year by taking action on air pollution and climate change.

Three bodies, the Climate and Clean Air Coalition (CCAC), the United Nations Environment Programme (UNEP) and the African Union Commission, said in their report, called Integrated Assessment of Air Pollution and Climate Change for Sustainable Development in Africa, that African governments needed to reduce pollution by focusing on pollutants like methane and black carbon.

Air pollution is the one of the greatest environmental threats to human health and is responsible for about 7mn deaths each year globally. The report identified 37 measures that would reduce pollution, led by cleaner vehicles and more public transport, more clean cooking technology and renewables, reducing methane emissions from agriculture and developing better waste management systems.

Again, the report stressed that African nations were responsible for a small fraction of global GHG emissions but bear an outsized burden of negative climate impacts.

“This assessment comes at a timely moment, as COP27 is focused on implementation,” said Måns Nilsson, executive director, Stockholm Environment Institute (SEI). “Through this report, African governments, the private sector, non-governmental organisations and local communities now have the scientific evidence on different options for action that can enable the continent to meet its development objectives while mitigating pollution and GHG emissions,” he added.

Without action, pressures on resources, the environment and human health could increase inequalities and limit Africa’s ability to achieve sustainable development.

However, Adesina’s argument is not totally at odds with the UN’s pollution warning.

He made the point that Africa is not responsible for historic CO2 emissions or for the current climate crisis.

Since the industrial revolution, developed countries have emitted around 2,400bn tonnes of CO2, leaving only around 400bn tonnes in the global carbon budget if the world wants to meet its temperature goal, Adesina said.

"And so Africa, that did not really emit, should not now be penalised for not even being able to use a little bit of gas to complement its natural resources."

He noted that even if Africa were to triple its gas production, its contribution to global emissions would only rise by 0.67%, he said.

Put simply, Africa would be able to create the most economic impact on people’s lives for each unit of gas used, lifting people out of poverty and driving economic growth.

Meanwhile, the AfDB, the continent’s multilateral development bank (MDB) is seeking to raise $25bn through its African Adaptation Acceleration Programme, the biggest yet by any MDB, Adesina said.

While most of this is being invested in green projects, gas still has its place. On the other hand, the bank has already divested from coal projects and has urged Africa not to fund any more coal mining ventures of coal-fired power projects.

His comments come as reducing the use of fossil fuels and cutting emissions are the two methods to limit global warming to 1.5 degrees Celsius above pre-industrial average

On the other hand, climate campaigners said that any gas development would lock Africa into using fossil fuels for many years, holding back effort to fight climate change and to meet the Paris goals.

Greenpeace Africa said that Africa had 60% of the world's solar power potential, but only 1% of global installed solar capacity at present, stressing that Africa offered vast untapped solar potential.

"Fossil fuels must be phased out; they must be kept in the ground. Africa's backyard will not become Europe's forecourt," Greenpeace Africa said in a statement.