They have enchanted audiences from Dublin to Moscow to Tokyo, and many cities in between: clad in colourful traditional apparel, for over three decades musicians of the Budapest Gypsy Symphony Orchestra (BGSO) have built up a dazzling stage performance and won rave reviews.

The orchestra – which also plays under the name “A Hundred Gypsy Violins” – began life in 1985 when the leading gypsy musicians paid tribute to Hungary's most famous Roma soloist of the day, Sandor Jaroka, at his funeral. From this was formed an all-Roma orchestra led by Laszlo Barki, who was the conductor at the Hungarian national Ensemble until his death in 1997. The BGSO, which plays without sheet music, and includes 60 violins, 9 violas, 10 basses, 9 clarinets and 6 cymbals, is a “flagship” for both Hungarian and Roma culture, says Nandor Beke Farkas, BGSO president. “We are ambassadors. People only talk positively about us,” Farkas tells bne IntelliNews, keen to stress that his orchestra has also won official state recognition as a “Hungaricum” – a unique element of Hungarian culture.

Except now there are two. Or, as Farkas puts it, there is a “fake” rival ensemble “rapidly thrown together”, using its marketing material and damaging the reputation of the “genuine” Gypsy Orchestra.

The “clone”, as Farkas also terms the new ensemble, has been formed by Xavier Dubuc, a French impresario who, until May last year, served as the exclusive international promoter for the BGSO.

With that under his belt, Farkas says he is now suing Dubuc for what he terms “financial and moral” damages caused by the Frenchman's gypsy band. “The audiences were expecting the faces on the promotional material. Our members got emails: where are you?” Farkas claims.

Over in Lyon, France – a somewhat surprising base for a Magyar Gypsy musical operation – Dubuc has been complying with the court order. In the past six weeks, the website for what he now calls the Gypsy Philharmonic Orchestra has been steadily re-designed, shedding any reference – at least directly – to both the BGSO and A Hundred Gypsy Violins. A Google search for the 'Budapest Gypsy Symphony Orchestra' throws up lots of links to Dubuc's new orchestra, few for the original.

Far from avoiding media attention, as might be expected from some kind of illicit operation, Dubuc warmly welcomed bne IntelliNews’ enquiries into his project. “I’m really pleased to finally receive such request after having been falsely attacked in the Hungarian media,” he wrote in an emailed response to questions.

However, his reaction to the main charges raised by Farkas is bulldog-like. “The new ensemble is not a 'clone' or 'fake' orchestra. It has its own personality, with younger musicians, a new name, a new logo, a new website and new pictures. It’s our interest to be totally different from the old orchestra to show it’s not the same,” he stated.

And far from seeking to exploit the BGSO name, he says the concerts in France earlier this year were originally booked for the Budapest orchestra, before the split. “I arranged these under the name of '100 Violons Tziganes de Budapest'. This was, in any case, a name that I [coined] 21 years ago when I first brought the orchestra to France,” he says.

According to Dubuc, the current row is a “betrayal” by a new generation of management at the BGSO following the death one year ago of Sandor Rigo Buffo, his friend and former orchestra president. The new leadership is totally unaware of the efforts – and risk – he has taken over the past two decades, the Frenchman complains. “When I discovered this orchestra 21 years ago in Hungary, they were totally unknown abroad,” he says. Under his guidance, the BGSO performed in 32 different countries, including China and Japan, before his final concerts last summer. 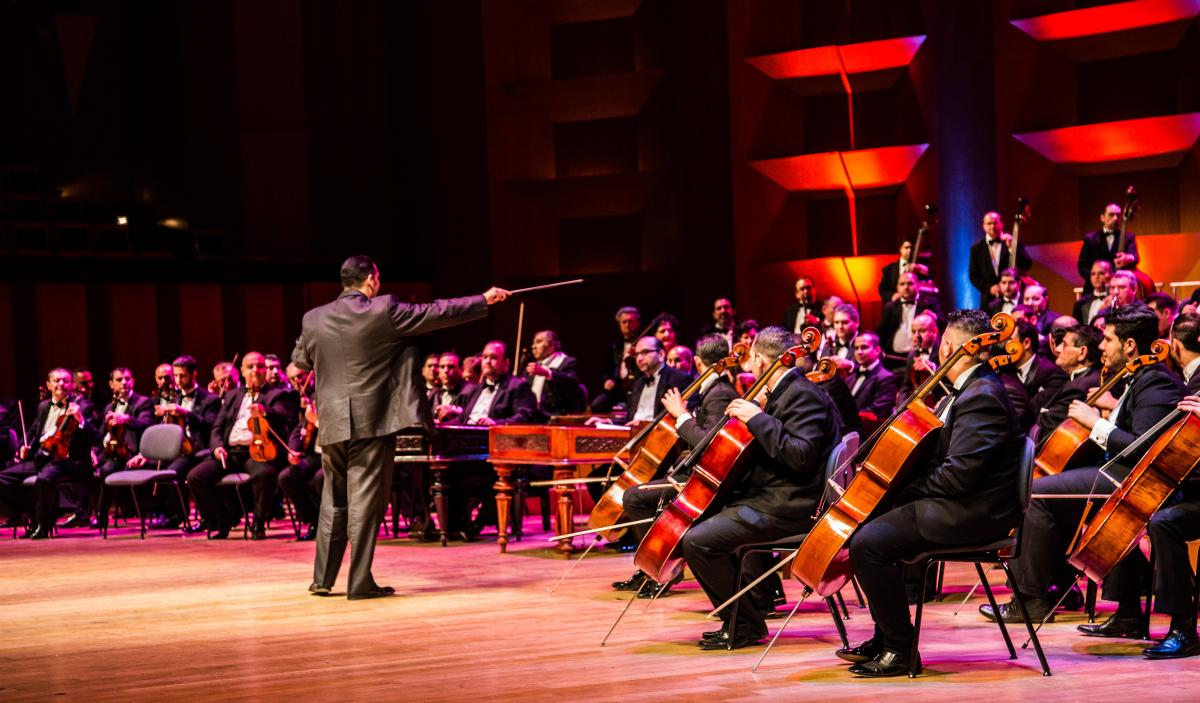 Promoting tours with a 100-plus ensemble is also not for the financially faint-hearted. “To tour with so big a company without any public or private support, that was a challenge. I took a lot of risk. Last June, in France, six concerts, including the Theatre des Champs Elysées, was a disaster: we lost €150.000,” he claims.

And along with the difficulties faced by every promoter, Dubuc says he also battled with racial prejudice. “It was often difficult to open markets, because of their gypsy origin,” he recalls.

Now, while waiting “serenely” for any new legal proceedings, the promoter notes that the French court, while ruling against his use of the both the BGSO material and use of the name '100 Violons Tziganes', nonetheless found for Dubuc over ownership the domain name 100violins.com.

And while BGSO president Farkas complains that fans and concert promoters alike have been confused by the appearance of the Gypsy Philharmonic Orchestra – he produces emails as evidence of this  – and complains that the livelihoods of his members are at risk, Dubuc retorts that with other gypsy bands at work in Hungary, “Farkas does not have exclusivity on this concept”.

In the broader context, will the battle of the Roma bands enhance, or detract from the cause of gypsy orchestral music – or, indeed, its official Hungaricum status?

Balazs Weyer, a Budapest-based music critic and himself a promoter, argues it is hard to predict: “The gypsy orchestra are fine as musicians, but they are a difficult product in commercial terms. And these days, the smaller the better – they are expensive to travel and move about.”

Weyer is dismissive over concerns about the Hungaricum status. “This is just not a USP [unique selling point] when touring in Europe,” he says, hinting the local orchestra should just knuckle down and compete on merit.

“If I were the 100 Gypsy Violins, I wouldn't be so concerned,” he says, “These things happen – it's not like an Apple versus Samsung [multi-million-dollar] trademark conflict.”

bne IntelliNews - The Visegrad states raised a chorus of objection on November 10 as the UK prime minister demanded his country's welfare system be allowed to discriminate between EU citizens. The ... more

bne IntelliNews - Hungary will breach its February agreement with Erste Group if it makes the planned reduction in the bank tax conditional on increased lending, the Austrian lender's CEO ... more