Belarusians have withdrawn $1.5bn from banks since April 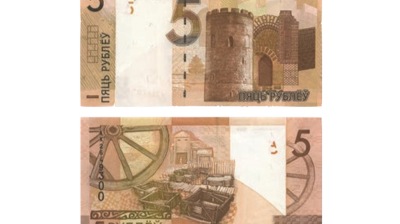 Depositors in Belarus have withdrawn $1.4bn from their accounts since April, fearing a bank crisis or forced conversion into Belarusian rubles
By bne IntelliNews October 16, 2020

Belarusians are emptying their accounts of money in the face of a rapidly escalating political and economic crisis. Since April Belarusians have taken out $1.428bn from banks, mostly from their dollar and euro currency accounts.

At the end of September, the total balance in retail foreign currency accounts was $6.199bn, down by $706.2mn from the end of August.

As bne IntelliNews reported, the ATMs are already running out of cash dollars as the population flees the banks, increasingly afraid of their hard currency savings being seized by the state and forcibly converted into Belarusian rubles, and of a banking crisis.

“The money supply consists of deposits of individuals and legal entities. These deposits can be in rubles and foreign currency, transferable and others. Transferable deposits are usually current accounts of enterprises and card accounts of citizens, from which you can withdraw money quickly enough. Other deposits are deposits which are placed in banks for a certain period. And if such deposits are irrevocable, the banks protect themselves from early withdrawal of money," the National Bank of the Republic of Belarus (NBRB) said in a statement as cited by Belsat.

In September the average balances on ruble transferable deposits of individuals amounted to BYN2.866bn ($1.1bn), according to banki24.by. Compared to the balances in August, they decreased by BYN722.6mn. Time deposits in Belarusian rubles in September totalled BYN4.602bn, down by BYN215.4mn from a month earlier.

There was still $1.230bn on current accounts in September that can be accessed via ATMs and card payments by individuals, which was down by $259.2mn from the month of August.

The internal capital flight to mattress money will only put more pressure on the government. Belarus' gold and foreign currency reserves were down by 1.8% in September to $7.321.4bn as of October 1, 2020, BelTA reports citing the National Bank of the Republic of Belarus data, after losing $1.4bn a month before to withdrawals by individuals and companies, as well as some debt repayments.

The Kremlin has stepped into help, but two deals for $1bn and $1.5bn are actually debt relief; however, this week the Kremlin made an emergency loan of $500mn to Belarus which is new cash but only accounts for a third of the hole that has been left in the reserves as a result of the current political crisis. The country’s reserves now account for some 1.4 months of import cover, which is not enough to ensure the stability of the currency.

Accusations fly as a new coronavirus vaccine candidate enters the race for the $100bn market
22 hours ago
Turkey to scrap asset ratio slapped on banks year ago
16 hours ago
Turkey’s 10-year eurobond in market with final cost expectation of 6.10%
17 hours ago
Tehran says foreign companies ‘in touch to explore Iran return in Biden era’
18 hours ago
George Clooney says Hungarian government lied about his connections to Soros
1 day ago