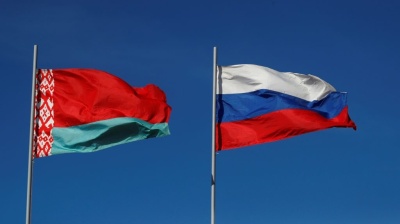 On Wednesday, November 24, Belarus and Russia’s Council of Ministers of the Union State held a high-level meeting on industrial co-operation. The meeting is one of many which Belarus and Russia have held together since the beginning of Russia’s invasion of Ukraine on February 24. Due to harsh Western sanctions, both countries have massively scaled up their economic and political co-operation to manage the sanctions pressure.

According to Russian Deputy Economic Development Minister Dmitry Volvach, Russia and Belarus’ bilateral trade turnover increased by 9% during the first nine months of 2022, reaching $30.5bn. Volvach added that during that period, the volume of Russian imports from Belarus grew by 14.6%. On the one hand, considering the high number of high value trade and loan agreements signed this year, this increase is rather meagre. On the other hand, the effects from these bilateral trade and loan agreements can be assumed to start showing results in 2023.

Since around $18bn of Belarus’ exports have been blocked by Western sanctions this year, Belarus is putting all its efforts into redirecting its trade towards Russia, China and the rest of the world. Belarusian officials often emphasise the high demand and great possibilities on the Russian market for Belarusian producers.

Belarusian manufacturing, agrifood and service products are certainly competitive on the Russian market. However, it’s hard to say if Russian companies and consumers will buy close to the number of products which Belarus wishes to offload on the Russian market. Most likely, the official Belarusian estimations include a fair bit of wishful thinking.

During the prime ministers' meeting in October, Golovchenko said that Belarus’ planned to achieve 3.8% GDP growth in 2023. Belarus’ GDP contracted by 4.7% y/y between January-October 2022 and has continuously declined throughout the year. To bounce back from this year’s recession by a 3.8% GDP growth thus appears manageable.

So far, Belarus’ redirection of exports to Russia, China and other non-Western countries has not yet compensated for the production and logistics chains that were broken by Western sanctions. In September alone, Belarus’ exports decreased by 4.8% y/y. Considering the increase in supply prices (due to higher production costs), the corresponding reduction in physical volumes may be even greater.

The meeting on Wednesday also included further talks on a bilateral agreement for the mutual recognition of electronic digital signatures, which according to Volvach was being finalised. Volvach hoped that this bilateral agreement between Russia and Belarus could serve as a base for a future similar recognition within the Eurasian Economic Union (EAEU).

As a part of redirecting its foreign trade, Belarus has placed a lot of focus on trade with post-Soviet countries, with whom the Belarusian economy is already integrated and compatible. Belarusian officials have stepped up their support for further economic integration among the EAEU member states. With this, Belarus hopes to show its loyalty to Russia and to ease trade barriers for its own redirection of foreign trade.