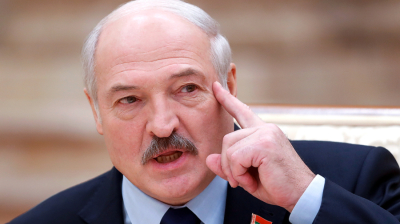 Belarusian authoritarian President Aleksandr Lukashenko has departed for a working visit to Russia's resort of Sochi with the aim of meeting with his Russian counterpart, Vladimir Putin, amid a snowballing crisis over Moscow's oil and natural gas supplies.

The meeting should take place on February 7. On the eve of the meeting, Lukashenko said that this should be "some moment of truth" between the two post-Soviet nations.

"We have built these [bilateral] good relations [between Belarus and Russia]. We were the architects of these relations. Are we the ones to break them at the end of our political career? We cannot be here forever. The question is what legacy we will leave," Lukashenko's media office quoted him as saying on February 4.

In December, Putin and Lukashenko failed to secure a deal over the most pressing aspects of the bilateral relationship during a meeting in St. Petersburg. "We now have three groups of questions remaining which are blocking final agreement," Russian Economic Development Minister Maxim Oreshkin said at the time, adding that these were oil, gas and taxes.

This was the second Putin-Lukashenko meeting in late 2019. The two presidents were seeking to secure a deal over further integration of the political and economic systems of the two states.

Belarus faces shortages of Russian oil for its two refineries, as Moscow halted crude supplies to Belarus on January 1 after a contract expired, and the two countries are in negotiations over a new agreement.

Minsk said later in January that it had secured a temporary solution on shipment from Russian oligarch Mikhail Gutseriev's company Safmar, without paying a premium. In past years Belarus bought oil on terms similar to those for Russian independent refineries, which involved a small premium.