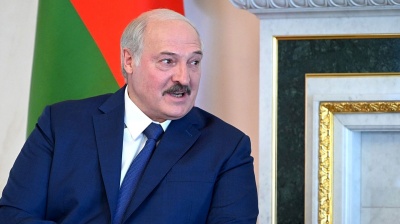 A review of the political events in 2021 by Belarus in Focus has an optimistic view of the Belarusian regime's continued survival for this year. Continued economic and political support from Russia and persistent repression of dissidents should ensure political stability within the country while bolstering Belarus' President Alexander Lukashenko’s position in the face of the West's preparations for the sixth sanction package. Abroad, the opposition in exile continues to successfully rally support from the international community in order to isolate the regime as well as gain domestic backing for tougher measures against Lukashenko.

During 2021 the Belarusian crisis became a global problem, mainly caused by the forced landing of a Ryanair plane at Minsk Nation Airport on May 23 and the arrest of the journalist Roman Protasevich.

The West slapped a new round of sanctions on Belarus as a result, and ordered national airlines not to land in Belarus and even to avoid its airspace.

The second half of the year was marked by the migration crisis on the EU-Belarus border which stirred up considerable political heat between Minsk and Western capitals. Western countries adopted a fifth package of sanctions and began to develop a sixth in response to the migration crisis, which they called Belarusian “hybrid warfare”.

Nevertheless, the Belarusian regime has signalled a desire to normalise relations and tried to establish communication channels with some Western countries, but with little to no success.

The West no longer regards Lukashenko as the guarantor of Belarusian independence or stability in Eastern Europe. Belarus’ move closer to Russia, Lukashenko’s "War with the West" rhetoric and the migration crisis has all served to de-legitimise him in the eyes of the West. The Belarusian regime has tried to balance the pressure from the West and Russia by pivoting to a more distant foreign policy, principally deepening the strategic partnership with China. However, the Belarusian regime’s increasing toxicity has created risks even for Chinese investors and called into question the logic of China’s work with Belarus in the Belt and Road Initiative (BRI).

Three main takeaways for 2022 from Belarus in Focus' review:

During 2021, the Belarusian regime has mainly used three strategies to secure Russian support:

Overall, the outcomes of 2021 included the announcement of a unified gas market between the countries, although Belarus has failed to achieve significant concessions on energy and received the same gas price as the previous year.

Belarus also increased its transport and logistical dependency on Russia due to western sanctions. In response to western sanctions on Belarusian oil and potash, the Belarusian regime is attempting to redirect its exports from the Lithuanian port of Klaipeda to the Russian port of Ust-Luga. Work has already begun on dividing the costs for building greater port capacity at Ust-Luga and to increase rail transport capacity from Minsk to Ust-Luga.

Arrangements such as creating a common payment space or integrated currency systems are enshrined in the countries' Union State agreements, but independent analysts say that it’s closer to a dream in reality. The countries have, however, increased their military co-operation significantly, with more Russian troops training in Belarus, and with Belarus agreeing to host Russian nuclear warheads.

Two main takeaways for 2022 from Belarus in Focus' review:

Belarus economy grew last year; the growth was said to stem from an “export miracle” caused by a global price rise in many of Belarus most exported goods. Despite the harsh sanctions imposed by the EU, Belarus’ trade doubled in 2021 in euro terms thanks to the soaring commodity prices and the EU’s reluctance to impose sanctions that would hurt its own members. The EU remains dependent on Belarusian exports of things such as fertilisers and diesel fuel.

The economic success allowed the regime to redistribute the windfall to the public sector. While on the other hand, the expropriations of private business and the population increased by the raising of taxes, penalties, confiscations and the worsening of competitive conditions.

Although Belarus National Statistical Committee classified its data on mortality, several independent studies have found excess mortality to be very high. Many doctors who spoke out about the situation at the country’s hospitals were fired and sometimes prosecuted. Nevertheless, the healthcare system seems to have managed, most likely thanks to strong reallocations of funds from the presidential administration budget as well as from loans received from the OPEC development fund.

During the autumn, Lukashenko introduced a new law that forced public sector officials to initiate a purge within the state apparatus, forcing them to lay off dissident employees. The law made clear that officials at state companies who hired disloyal people would risk prosecution.

At the end of the summer 2021, Lukashenko announced that a constitutional referendum would be held in February 2022. The draft constitution presented so far grants constitutional status to a new state organisation called the All-Belarusian Peoples Assembly. This organisation is supposed to have broad powers to control the siloviki (law enforcement), state policy, and the new president (including provisions for impeachment and rejection of election results). Many independent political analysts assume that Lukashenko will head the assembly in an attempt to secure continued control of the political system over the next decade.

Four main takeaways for 2022 from Belarus in Focus' review:

In 2021 the Belarusian regime focused on consolidating the state apparatus and demoralising advocates of change in order to maintain political control in all levels of society. Repression expanded, with hundreds of independent NGOs being shut down and new laws being introduced that made many more forms of dissent illegal. The price of political participation and civic activism has therefore risen considerably, and some of the most visible leaders of the regime’s opponents such as Viktar Babaryka and Siarhei Tsikhanouski have (along with their colleagues) received substantial prison terms. The number of political prisoners increased steadily during the year and reached almost 1,000 people by the end of the year.

Due to all of this, the civil society’s and the independent media’s influence on the domestic political agenda gradually decreased along with their audience. However, the civil society agenda still dominated on social networks and on the internet and a majority of people (53%) still view new elections as the most acceptable way to resolve the political crisis.

Two main takeaways for 2022 from Belarus in Focus' review:

Lukashenko’s attempt to save face via mixed messages of peace and increased threats of war with the West and Ukraine haven’t got him very far and many Belarusians are more than eager to bring the fight to Lukashenko.

EU’s credibility on the line over enlargement
12 hours ago
Explainer | Why Tajikistan’s Pamiris don’t trust their government
1 day ago
Meet the latest Russian tycoon to be promoted to the Premier League
1 day ago
Ruble falls to below RUB60/$1, putting pressure on the Russian budget in 2022
1 day ago
Belarus announces next stage in “surprise inspection” of its armed forces
2 days ago