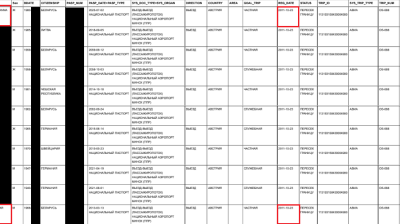 In its latest investigation, the Belarusian Investigative Centre (BIC) has detailed how one part of the Lukashenko family uses its influence to control Belarusian SOEs. The study also shows how these family members spend their wealth on expensive trips to EU countries and the Middle East, often inviting their business partners and other businessmen and “shadow diplomats” closely related to the regime.

The state-owned Belarusian truck producer BelAZ is one of many Belarusian SOEs that are vital to the state’s control over the country’s manufacturing sector. Despite Belarusian officials’ repeated statements that the company sells products to a broad number of customers worldwide, 50%-90% of its exports actually go to Russia.

BelAZ sells its machinery via the “BelAZ Trading House” (BelAZ TH), which has a tight control over which truck dealers get to buy BelAZ trucks. In 2007, Belarus’ Presidential Sports Club (PSC) owned a third of the BelAZ TH; by 2019, this share had grown to 45%. The PSC is run by Belarusian strongman Alexander Lukashenko’s son, Dimitry Lukashenko.

In 2012, an investigation by Russia’s Antimonopoly Service found out that BelAZ TH had been favouring specific Russian truck dealers. BelAZ TH chose specific dealers in Russia and BelAZ only guaranteed delivery and service if a truck was ordered from their partners. Quite obviously this violated Russia’s anti-trust laws.

The potential annual turnover for BelAZ in Russia amounts to hundreds of millions of dollars, revenue which should flow back to Belarus. However, by 2015, its Russian partners had accumulated such high debt to BelAZ that Belarus’ then Prosecutor General was sent down to oversee the issue as per Lukashenko’s personal instructions. The inspection resulted in several criminal cases being initiated, but in the end nobody was charged.

Since then, nothing appears to have changed, BelAZ still chooses its dealers in Russia through the TH, which is 45% owned by the PSC run by Dimitry Lukashenko. Moreover, Dimitry’s wife, Anna Lukashenko, worked at the TH for at least two years between 2018-2020. As the BIC has recently found out, some of the dealers unsurprisingly have close ties to Dimitry and Anna Lukashenko.

While BelAZ has about a dozen partners in Russia, only a few of them are profitable. The most successful BelAZ partner is B-24, owned by Oksana Tachkova and Alena Lahun. In 2018, B-24 was among the top 500 largest companies in Russia by revenue.

According to Russian media reports, Tachkova is the wife of Konstantin Makarov, director for legal affairs at BelAZ TH; Lahun is the wife of Viktar Kuluyeu, the former head for the TH’s board of directors.

Together, Kuluyeu and his wife own shares in at least four of the BelAZ TH’s partners in Russia. In 2020, the couple were among the top 10 highest-earning Belarusians in Russia. The net profit of their companies has been about $176mn since 2017, much higher than that of BelAZ itself. The owners have paid almost half of this amount to themselves in the form of dividends.

With data obtained from the Belarusian “Cyber-Partisans”, the BIC has found that Kuluyeu and Lahun have often accompanied Dimitry and Anna Lukashenko on vacation trips. However, Dimitry’s partaking has been limited after having been sanctioned by the EU between 2012-2016, sanctioned again in 2020 and this time, the travel ban is unlikely to be removed anytime soon.

Besides their partners in Russia, Anna Lukashenko has also brought her sister Tatsiana Kulakova with her on the family holidays. Kulakova organises pro-government car rallies and is the deputy head of the “Music Media Company”. The company is owned by Belarus’ Palace of the Republic, which is controlled by the President’s Property Management Directorate and the ANSL Production Company. The latter is owned by Vrublevsky Andrei, who has been the director of the Tennis Club at the PSC.

Besides the ANSL Production Company, Vrublevsky is also the co-owner of the Podium Star Company, which runs the FABRIQ restaurant in Minsk. FABRIQ is also an asset of the Sadouski family, who are close associates of Alexander Lukashenko.

In 2021, Tatsiana Kulakova transferred her son to the “Minsk International Grammar School”. bne IntelliNews has previously covered the BIC’s investigation of this school, which disclosed how Alexander Lukashenko’s former lover received illegal state funding for the founding of this private school.

The destinations of the vacations have ranged everywhere from Barcelona, Ljubljana and Thessaloniki to Istanbul, Abu Dhabi and Doha. Often, Anna and Dimitry Lukashenko have taken their guests on government planes; on other occasions they’ve used private or business jets. Despite her connection to sanctioned businessmen and Belarusian state officials, Anna has yet to end up on any sanctions listing.

The resorts they’ve visited are not cheap. For instance, a rough estimation of the costs for Anna Lukashenko’s trip to the French Alps with her sister in February 2018 came in at $100,000. The costs for the couple’s trips do not tally with their official salaries. In total, the costs for Dimitry Lukashenko’s birthday vacations in 2013, 2016, 2017, 2019 and 2020 add up to at least $500,000. With his official salary, Dimitry could only have earned this kind of money after 17 years.

If the costs for Anna’s birthday vacations are added to this amount, the couple’s vacation budget exceeds $1mn; this vacation budget is comparable to what the Belarusian state allocated for its open national data portal created in 2016. How the couple has acquired this kind of money is unknown but could very well be related to their BelAZ TH scheme.

The BIC’s latest investigation has continued to dig deep into how the Lukashenko family has intertwined Belarusian SOEs with private companies, as well as their wasteful use of public resources. bne IntelliNews has previously covered several investigations by BIC, the latest one being detailing Alexander Lukashenko’s Shadow Diplomacy.

Turkey accuses West of waging ‘psychological warfare’ to wreck its tourism industry
RBI's 2022 profits soar to €3.6bn, with Russian operations representing more than half
Belarus faces new sanctions by the EU and asset seizures by Ukraine