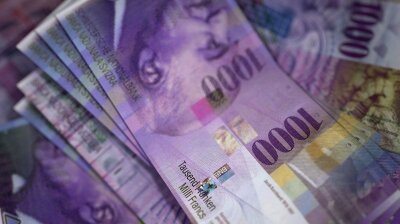 Banks operating in Slovenia fear that a new law tackling the historic issue of Swiss franc loans will lead to negative effects for around 80% of the sector.

Loans denominated in or indexed to the Swiss franc were popular in the noughties in a number of Central and Southeast European countries including Slovenia. However, when the Swiss central bank stopped defending the value of the franc against the euro in 2015, leading to a surge in its value against the EU single currency, many borrowers struggled to make repayments.

Seven years later, the Slovenian government presented proposed new legislation to tackle the issue on January 19. The third reading and vote in the parliament is scheduled for less than two weeks later, on January 31.

This is the third attempt to pass legislation on Swiss franc loans, after two previous efforts failed. Unlike in the previous iterations, the current proposal doesn’t include conversion of Swiss franc loans to euros. Instead, it introduces a cap on the forex rate of 10% compared to the forex rate at the time when the loan was issued. This is applicable retroactively for up to 17 years.

Banks fear major negative effects from the legislation. A spokesperson for Vienna-based Addiko Bank said that around 80% of the Slovenian banking market would be affected by the law. Many banks would require recapitalisations.

Banks argue the law is unfair, as it favours borrowers who chose to take on higher risks by taking out a Swiss franc loan. Another issue is that the law is retroactive; it concerns all consumer credit agreements in Swiss francs that were concluded between June 28, 2004 and December 31, 2010, including those that have been repaid, converted to euro or sold to third parties.

They are asking the Slovenian authorities to reconsider the law and launch a longer period of consultations so that the positions of all stakeholders can be taken into account.

“The proposed law … raises concerns as it lacks proportionality on one side, by going beyond what is necessary to achieve customer protection, and clear eligibility criteria based on which borrowers can apply for the conversion,” says a letter sent by the shareholders of the largest five banks in Slovenia to President Borut Pahor, Prime Minister Janez Jansa and other Slovenian and European officials, shared with bne IntelliNews.

“The main burden of such retroactive restructuring of the loans has to be borne by the banks with an expected negative impact on the profitability, capitalisation and future lending capacity of the banking sector as a whole. An additional effect of this proposed law is that banks will have to burden their balance sheets with losses on loans already sold or closed in line with the ECB strategy to reduce the NPL ratio,” the letter adds.

The bankers also argue that adoption of the proposed law “would send a signal to the international community that in Slovenia a legislative authority can interfere with any valid agreement, which would create unforeseeable business environment, not only for the banks but for the entire economy. This would result in harmful consequences for investments into the Slovenian economy.”

"The law would significantly damage Slovenia's reputation as a reliable international financial market," Kurt Pribil, chairman of the supervisory board of Addiko Bank AG, commented.

"As a euro-member, the currency union rules must also be applied in Slovenia. We would challenge any such law in national and European courts and are confident that the respective courts would follow our arguments – as they have in the past."