In less than three months, Azerbaijan’s capital Baku will controversially host the first ever European Games, giving the Caucasus republic an opportunity to hog the spotlight with its own glitzy, multi-discipline sports event. But the Baku 2015 European Games will be hosted against a backdrop of a crisis in relations between Azerbaijan and the West over Baku's seeming tilt toward Russia and its brutal silencing of critics, which has been stepped up as the Games approach.

The inaugural European Games will be held on June 12-28 and will feature over 6,000 athletes from 50 countries competing in 30 sports. The choice of venue is a strange one; many people class Azerbaijan as Asia – there is no official definition of the boundary between Asia and Europe, and it gets lumped into both. Critics also cite Azerbaijan’s authoritarian rule, dismal human rights record and recent perceived shift towards Russia – a less-than-ideal platform for hosting such an occasion.

The controversy that surrounds the Games has had a polarizing effect on the country and its critics, with some surprising twists: even the most prominent opponents of the Azeri leadership have indicated that international criticism is over the top and counter-productive. “The West should engage with Baku on friendlier terms to help secure the release of regime critics,” says Murad Gassanly, a London-based member of the Azerbaijani opposition.

“Much of this criticism, however, is framed in geopolitical terms – the crackdown on Western NGOs and media organizations is condemned as is Baku’s shift towards Russia in the wake of the events in Ukraine. The issue of prisoners has taken a backseat to what appears to be a crisis in relations between Azerbaijan and the West,” says Gassanly, who last year became the first British-Azeri to get elected as a councillor at Westminster City Council.

Over the past 20 years, Azerbaijan has pursued a broad pro-Western course, actively promoting US and European interests in the South Caucasus and beyond, he notes. Baku sent peacekeepers to Iraq and Afghanistan, channelled US supplies to the latter conflict zone, and joined a plethora of Western-led international organisations. But seeking a strategic partnership with the West whilst simultaneously balancing relations with Russia is no easy task, especially when your immediate neighbour can make life tough for you at any time.

Geographically locked between Russia and Iran, Azerbaijan's position requires a good command of high-end diplomacy. Its crossroads location has meant it has had to get on with everyone in order to survive as a country. Yet when it comes to domestic politics, the country is ruled with an iron fist. Apart from its oil and gas wealth, Azerbaijan is best known to the outside world for its political intolerance, oppression and persecution of critics of President Ilham Aliyev and the government.

With each major international event, the excesses seem to grow in direct proportion with the event’s scale. It is almost expected now by critics, with start of the European Games fast approaching, that Azerbaijan will work itself into a state of authoritarian hysteria, with accompanying ‘purging’ sprees of various kinds.

For example, it wasn't uncommon in the 1990s and early 2000s to see police in Baku wrecking cars parked on routes used by the cortege of then president Heydar Aliyev and his son-successor Ilham after him, as the vehicles raced through streets expected to be cleared before them.

Although huge oil revenues have since paved Baku's road network and produced state-of-the art infrastructure, things haven’t changed that much either. As if following the script for the Eurovision Song Contest held here in 2012, the country is again busily cleansing the political scene of government critics, not to mention stray dogs. Western media have recently carried images of the barbaric culling of the animals.

This has dismayed critics of the regime and other human rights organisations. “As the first country to hold this new major European sporting event, Azerbaijan is looking to project a progressive, modern image internationally,” said Jane Buchanan, associate Europe and Central Asia director at Human Rights Watch. “If the European Games are to show that sport can leave a positive legacy, then every journalist and activist detained on politically motivated charges in Azerbaijan should be released well before the opening ceremony.” 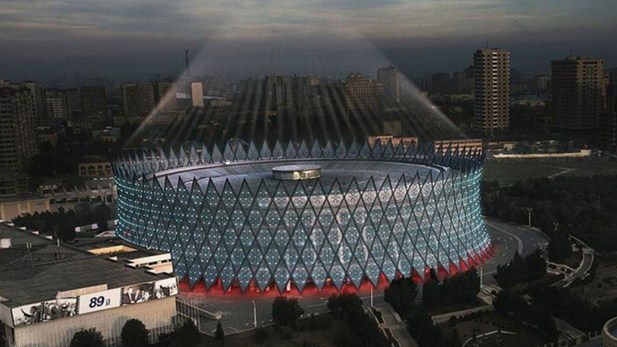 Meanwhile, the European Olympic Committee (EOC) is getting closer to achieving its long-awaited goal – delivering to Europe its very own Olympics, conjured into existence in at the EOC General Assembly in Rome in December 2012. The European Games will tank as the third major athletic sporting event after the Olympics and Commonwealth Games.

The official launch heralded the start of “Brand Europe” – a term invented by Simon Clegg, the chief operating officer of Baku 2015, as the event is also billed. Clegg, the former chief executive of the British Olympic Association, is currently hard at work in Baku developing the blueprint for the European Games, which will take place in a European country every four years.

Like a pop-up structure, portable and easy to erect, this “template” for continental games can then theoretically be applied to any country in Europe for years to come. Having bid unsuccessfully for the Olympics since 2002, Azerbaijan was only too happy to offer its services as host of the new games and to finance much of Europe's dream.

But with falling oil prices pushing the economy towards crisis territory, the country’s sporting ambitions became painfully expensive. Adding to the reported $8bn cost, it was disclosed in February that Baku is also footing the bill for all participating athletes.

Meanwhile, sceptics question the need to hold yet another huge sporting event, especially since some sports federations have declined to take part in Baku 2015, saying their calendars are already full and that athletes need sufficient recovery time. The EOC's answer to that was to strip Glasgow of the hosting rights for the European judo championship and beef up the European Games by incorporating the championship into the event.

Once judo is officially added – and the British Judo Association (BJA) has tried to get the decision reversed – 12 of 16 summer Olympic sports on the programme will also carry qualification opportunities for Rio de Janeiro's Summer Olympics next year.

According to EOC President Pat Hickey, the Committee's goal is to consolidate a number of continental events and make them part of the second Games in 2019. “The EOC has always intended for the European championships to become part of the European Games,” says Hickey.

All of which tends to eclipse immediate and long-term concerns about Azerbaijan’s human rights record. And with so much clout behind the new sporting extravaganza, a plea by Human Rights Watch to political leaders across Europe not to endorse it by sending delegations to Baku unless its shapes up fast seems doomed to fall on deaf ears. 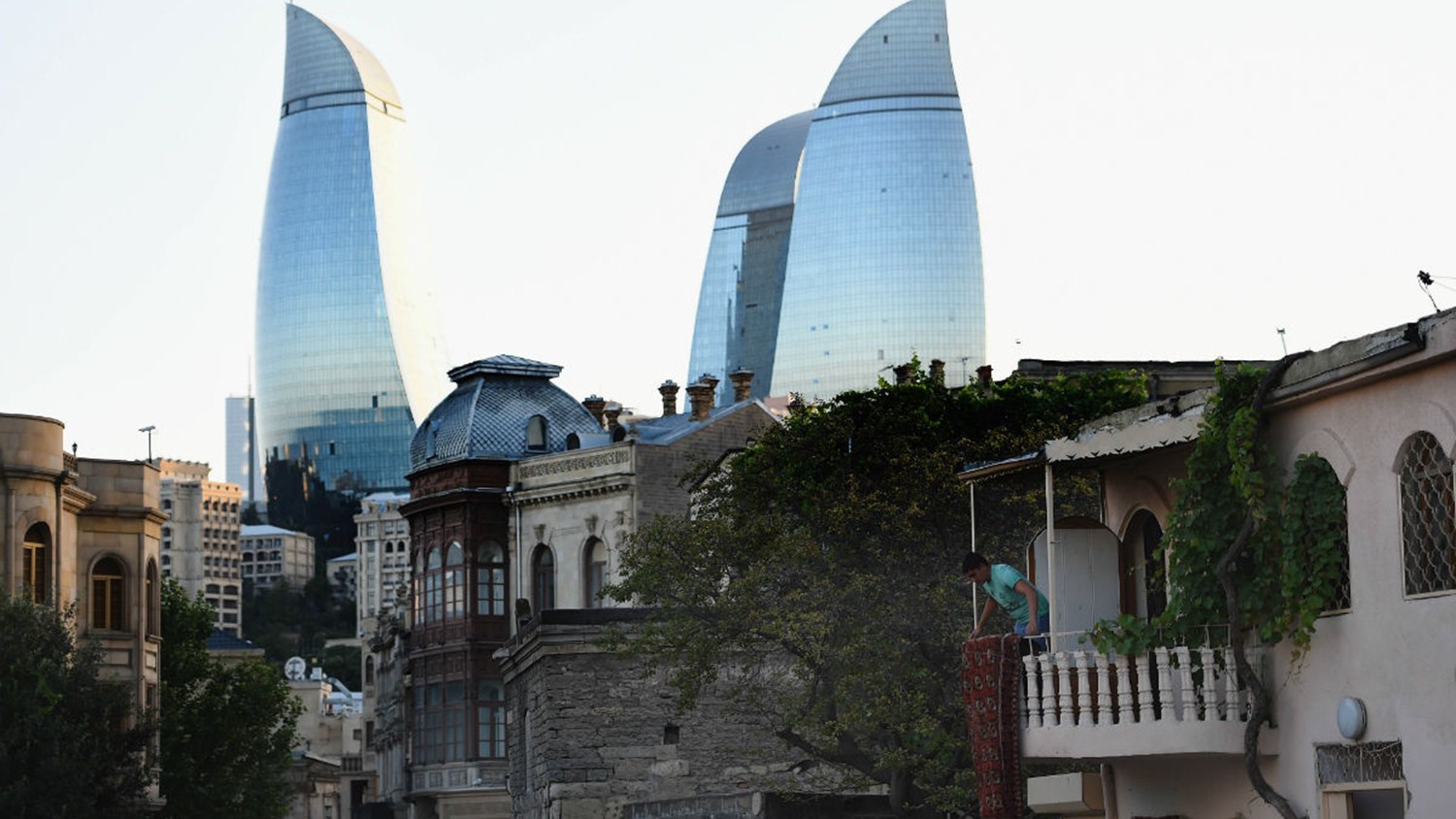 Gary Kleiman of Kleiman International - Islamic finance, once hailed in the wake of the 2008 global financial crisis as an answer to the speculative excesses of Western banking, ... more