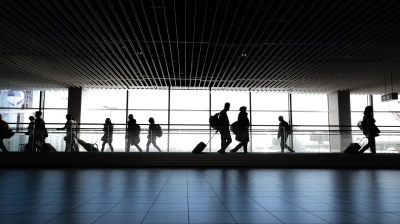 / Rudy and Peter Skitterians via Pixabay
By bne IntelliNews November 25, 2022

Austria will support Croatia's bid to join the Schengen area, but will not give a green light to Bulgaria and Romania’s entry in the border-free area, Chancellor Karl Nehammer said during a visit to Zagreb.

The decision on the accession of the three countries to the Schengen area should be taken by the Council of the EU on December 8.

“We shall support Croatia’s accession to the Schengen area, but we shall be critical to the efforts by Bulgaria and Romania,” the Austrian chancellor said as quoted by N1.

A few days earlier, Austria’s Interior Minister Gerhard Karner said he would not support Schengen’s enlargement to the three countries. He has said that the increase in the number of asylum seekers in Austria shows that the Schengen area is not functioning.

Nehammer said that Austria is against the expansion of the Schengen area to countries that are protecting the EU’s external border ineffectively, which was not the case with Croatia.

“Croatia has fulfilled all its obligations because we can see where illegal migrants are coming from,” Nehammer said. He added that Romania and Bulgaria have trouble protecting their borders.

All three countries hope for a boost to their economies from joining the borderless Schengen area, which would facilitate trade with the area and allow free movement of their nationals.

However, concerns remain among exiting members of the bloc, especially as regards Bulgaria, the poorest country in the EU and one with persistent concerns about organised crime and corruption.

The Netherlands and Sweden have also said they would not back Bulgaria’s and Romania’s accession to the Schengen area.