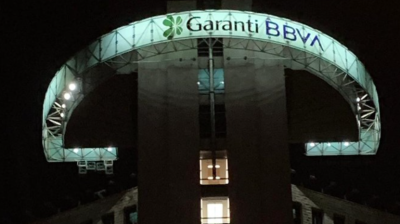 Spain-based BBVA (New York; Madrid; Mexico/BBVA) will within a few days apply to Turkey’s capital markets board (SPK/CMB) to hold a voluntary tender offer to buy the 50.15% of Garanti BBVA (GARAN) bank that it does not own, Garanti said on November 15 in a filing with Borsa Istanbul. The move takes advantage of the latest severe depreciation of the Turkish lira (TRY) that has brought the currency beyond 10-to-the-dollar for the first time ever.

BBVA plans to pay up to TRY 26bn (€2.25bn) if all shareholders participate in the tender offer. Its offer will be TRY12.2 per share for a stake nominally valued at TRY2106.3mn. That represents a premium of 15% over the market price recorded at the end of last week.

Garanti operates with a paid-in capital of TRY4.2bn and BBVA currently holds a stake nominally valued at TRY2,903.7mn.

BBVA said in filings  with stock exchanges where its shares are traded that it intends to complete the deal in Q1 2022.

Borsa Istanbul has recently been in a rallying mood. The Garanti news fuelled the share prices of banking peers. The backdrop is an environment in which the USD/TRY pair is finding a fresh all-time low day after day, with the depreciation of the lira in the year to date now beyond 25%. The USD-denominated share prices on Borsa Istanbul are close to historical lows. Short-lived hit-and-run rallies are a regular occurrence on the exchange.

In Q3, the average price to book ratio of the Istanbul-listed banks fell to 0.4. Garanti’s ratio declined to 0.6 in the quarter from above 1 in 2018.

The TRY12.2 per share tender offer suggests a price to book ratio of 0.7 for Garanti.

The TRY12.2 offer price suggests $1.2, but, trending downwards, it looks set to decline further by Q1 when the deal will be completed.

Garanti’s market value currently stands at $5bn, down from its historical peak of $22bn in 2013.

BBVA’s move for the rest of Garanti follows close on the heels of the exit announcement made by the foreign shareholder in Turkey’s Yapi Kredi Bank (YKBNK), namely Italy’s UniCredit (Milan/UCG; Frankfurt/CRI; Warsaw/UCG).

On November 8, it was announced that UniCredit is to sell its remaining 20% in Yapi Kredi.

BBVA’s decision to make an offer for the remainder of Garanti may come across as in conflict with conversations heard on the market, as in recent years there have been plenty of rumours of foreign investors in Turkish banks looking to exit their investments due to the ongoing economic collapse of Turkey. Turks, meanwhile, will be concerned that the descent of the lira means that foreign investors who either stay in Turkey or arrive will be snapping up assets on the cheap.

"Now, more companies will go to the vultures, with the bank's share at 10 Turkish Lira, getting cheaper in dollars. Garanti is an example of this. It's called total impoverishment [of the country]," Mustafa Sonmez, a Turkish economist and columnist, complained on Twitter.

In terms of foreign investors leaving, UniCredit pressured Koc Holding (KCHOL), its partner in Yapi Kredi, with the prospect of the sale of its stake on the market. Koc subsequently agreed to gradually buy UniCredit’s shares to avoid further declines in the Yapi Kredi price.

In the case of Garanti, institutional investors had a 39.53% stake in the lender at end-2020. If they were to sell their stake on the market, Garanti’s share price would dive into even more grim territory.

In January-September, Garanti contributed 14% of BBVA’s €3.73bn consolidated profit. For BBVA, world economic prospects have a growing pinkish tinge, with Turkey offering big gains in the long run. Those feeling glum can get a shot in the arm from BBVA’s macro reports should they buy the story.

Italian and Spanish lenders have in recent decades featured heavily in backing the European economy. That was particularly the case after the 2008 global financial crisis. The policy rate of the European Central Bank (ECB) remains in negative territory. As for when the European economy will return to normal conditions, all bets are off.