Arming and rearming: Military spending grows across CEE and SEE in 2018 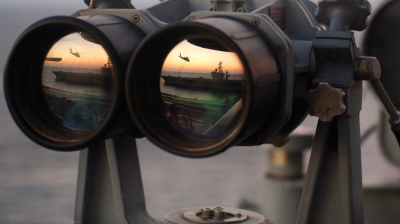 Nations nervous at arms build-ups are responding with more military expenditure of their own.
By bne IntelliNews April 29, 2019

Big military spending hikes took place in Turkey, Armenia, the Baltics and across Central and Eastern Europe in 2019, while notable expenditure increases also occurred in Bulgaria and Romania, according to new data from the Stockholm International Peace Research Institute (SIPRI). Iran, meanwhile, facing dire economic straits because of the hostility of the Trump administration, saw a clear reduction in the amount it spent on its military.

“The increases in Central and Eastern Europe are largely due to growing perceptions of a threat from Russia,” said Pieter Wezeman, a senior researcher with the SIPRI AMEX programme. “This is despite the fact that Russian military spending has fallen for the past two years.”

At $61.4bn, Russian military spending was the sixth highest in the world in 2018, the figures posted in SIPRI's Trends in World Military Spending report showed. Such spending by Moscow decreased by 3.5% compared with 2017.

Several countries in Central and Eastern Europe made large increases in their military expenditure in 2018, SIPRI observed. Spending by Poland rose by 8.9% in 2018 to $11.6bn, while Ukraine’s spending was up by 21% to $4.8bn. Spending by Bulgaria, Latvia, Lithuania and Romania also grew, with increases ranging from 18% to 24% in 2018.

Armenia's total expenditure, at $609mn, was 4.8% of GDP, taking its military spending burden to among the top 10 in the world, along with Russia at 3.9 percent.

Iran’s military spending fell 9.5% in 2018 to $13.2bn as the country’s economy contracted and its currency collapsed in the face of renewed heavy economic sanctions imposed by the US.

China's spending rose 5% to $250bn. It marked the 24th consecutive annual increase for the Asian power.

Borealis pulls out of $6.8bn plan to build petrochemical plant in Kazakhstan

Retail sales under lockdown across Central and Eastern Europe are sinking

Borealis pulls out of $6.8bn plan to build petrochemical plant in Kazakhstan
Business rallies to help in fight against coronavirus across Eastern Europe and Central Asia
Retail sales under lockdown across Central and Eastern Europe are sinking