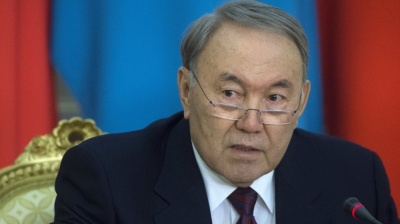 Nazarbayev is a hate figure for many involved in the Kazakhstan protests, with chants of "Leave old man!" heard across the country. / CC.
By bne IntelIiNews January 6, 2022

Nursultan Nazarbayev, who bestrode Kazakhstan as the nation’s president for the first 29 years of its post-Soviet independence and bears the title of “Elbasy”, or “Leader of the Nation”, may have departed the country amid the convulsions of its unrest. The 81-year-old Nazarbayev has been the main hate figure for protesters angry at the inequitable distribution of Kazakhstan’s great oil riches over the years, with the chant of “Shal ket!” or “Leave, old man!” heard at many of the demonstrations since the start of the crisis.

On January 5 – a day that saw Kazkh President Kassym-Jomart Tokayev stripped Nazarbayev of his role as head of the State Security Committee, the successor to the Soviet-era KGB – a private plane of Nazarbayev's daughter Dinara and her husband, oligarch Timur Kulibayev, reportedly departed for Kyrgyzstan, with other Nazarbayev family members possibly on board. Alexey Venediktov, editor-in-chief of Echo of Moscow radio, referred to a source in the Russian Foreign Ministry in breaking news of the plane's departure, though it was unclear if the ex-president himself was on board. Nazarbayev was reported as ready to leave Kazakhstan “for medical treatment”.

Analysts will now ponder what will become of the Nazarbayev clan and their vast wealth built up across swathes of the Kazakh economy, Central Asia's largest. Tokayev also fired Nazarbayev's nephew as No. 2 at the State Security Committee, with the turmoil giving him an opportunity to make, at least in public, a clean break from his predecessor, who handpicked Tokayev to succeed him in early 2019 and has been widely seen by Kazakhs as exercising sometimes decisive power from the shadows during the Tokayev administration.

A bne IntelliNews correspondent in Almaty said there was speculation that Tokayev was also replacing other key officials with loyalists and that the outcome of the turmoil might even eventually be described as a "coup". He noted that the TV channel run by Nazarbayev’s daughter Dariga, KTK, had gone off air and stopped broadcasting. Nazarbayev’s website, elbasy.kz, was, meanwhile, down on the morning of January 6.

Reshaped establishment may lick its lips

Whatever reshaped Kazakh establishment emerges out of the carnage presently seen in the country may lick its lips at the prospect of taking over Nazarbayev and Kulibayev assets.

A December 2020 RFE/RL feature entitled “Big Houses, Deep Pockets –The Nazarbayev Family’s Opulent Offshore Real Estate Empire” – offers one look at some of what is at stake. RFE/RL identified at least $785mn in European and US real estate purchases made by Nazarbayev’s family members and their in-laws in six countries over a 20-year span. 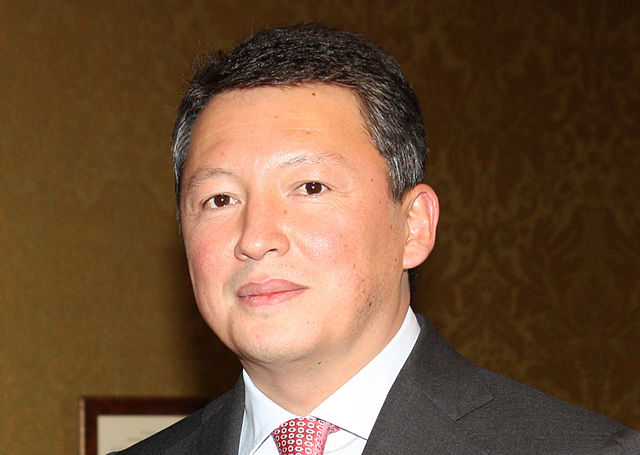 The feature noted: “Prominent among those [family members] is Kulibayev, who has been dogged for years by accusations that his wealth, mainly from his work in the oil and gas industry, derives from his familial relations. The Financial Times on December 2 said it had uncovered a secret scheme that allegedly channelled tens of millions of dollars from contracts related to a massive gas pipeline to China to Kulibayev.”

Former Communist boss Nazarbayev is well-known to former UK prime minister Sir Tony Blair. In 2014, Blair's role in advising countries with poor human rights records came under scrutiny after he gave Nazarbayev advice on how to avoid his image being tarnished by the killing of civilian protesters by police in the oil town of Zhanaozen. The former British Labour Party leader's consultancy, Tony Blair Associates, signed a multi-million-pound deal to advise Kazakhstan's leadership under Nazarbayev on good governance, just months after Nazarbayev was controversially re-elected with 96% of the vote and weeks before the massacre.

If Nazarbayev, born in a rural town near largest Kazakh city Almaty in July 1940, has departed Kazakhstan for good, there will be big speculation as to where he, and family members, will make their new home.

Russia is a favourite destination for autocratic leaders fleeing their countries. In 2014 ousted Ukrainian president Viktor Yanukovych flew to Russia on a private jet just before the crowds gathered in central Kyiv’s Maidan Square marched to his private residence to arrest him.

As bne IntelliNews reported at the time, embarrassingly Yanukovych used a private jet charted from a company belonging to his replacement, former president Petro Poroshenko, to escape justice.

Yanukovych took several members of his elite with him as well as reportedly millions of dollars in cash. When protesters arrived at his purpose-built Mezhyhirya they found an Aladdin’s cave of treasure, including a private zoo with ostriches and even a loaf of bread made out of solid gold (which later disappeared).

During times of uncertainty it is usual for leading political and business figures to absent themselves from their country – just in case. When Russian oil tycoon Mikhail Khodorkovsky was arrested in October 2013 by Russian authorities many of Russia’s top oligarchs flew abroad just before the arrest to ensure they didn't get caught up in a general sweep-up of oligarchs or fall victim to machinations of their rivals to use the situation to take out other oligarchs by persuading the security services to add more names to the list, according to bne IntelliNews sources speaking at the time.

Likewise, following the US pullout from Afghanistan last summer, then Afghan president Ashraf Ghani fled his country with helicopters full of cash, abandoning thousands of regular citizens that were thronging the airport, as reported by this publication at the time.

Ghani escaped the capital only hours after the Taliban appeared outside Kabul, taking a plane to the Tajik capital of Dushanbe before flying on to the Uzbek capital Tashkent, from where he headed to the Middle East, according to some reports. Ghani reportedly arrived at the airport with so many bags of money that he could not get them all into the helicopter and left at least one bag of cash on the tarmac as he fled.