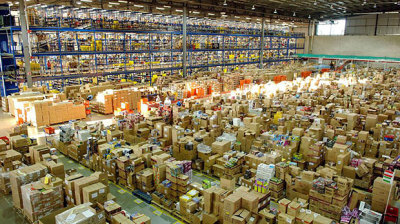 The centre in the Katowice Special Economic Zone, due to open in 2020, is Amazon’s seventh in Poland and according to Panattoni will be “record-breaking” in terms of size and functionality — it will fulfil customer orders for small and medium-sized items such as books and electronics for across the continent.

The facility will be built on four stories, and according to Panattoni has advanced Amazon Robotics technology: 3,900 transport robots will help store products on shelves and pick orders.

“Such an approach not only significantly contributes to maximising warehouse capacity, but also helps cut down shipping lead times,” said Panattoni in a press release. The building has also been equipped with an intelligent building management system (BMS) and motion sensors.

“Poland was the first country in Europe where Amazon Robotics was rolled out in September 2015. By implementing such solutions, we demonstrate our commitment to promoting innovation in logistics, to the benefit of both our workers and customers alike,” said Steven Harman, vice president for continental Europe operations at Amazon, as quoted in the release.

The investment will create 1,000 jobs, adding to Amazon’s existing 16,000 employees in Poland. The tech giant has invested around €3.3bn in Poland to date.

In November, Amazon opened an e-commerce logistics centre in the Lodz region that will employ almost 1,000 people when it reaches full capacity, according to local media reports.

“Polish Stonewall” as protests, clashes with police in Warsaw after arrest of LGBT activist

3D Bioprinting Solutions, a resident of the Skolkovo Foundation Biomedical Cluster, has tied up with KFC bio-print chick nuggets

Estonia's e-residency programme, which continued its strong growth even during the coronavirus emergency situation, has earned the state €41mn since its launch.

Albania has some of the least affordable internet in the world

Online security specialist Surf Shark measured how much time people need to work to be able to afford an internet connection.