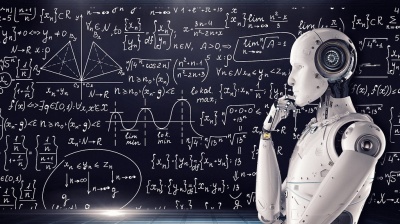 Investments in artificial intelligence (AI) start-ups in Romania will double by 2025 from the current level, to €50mn per year, according to estimates by the consulting firm Horvath & Partners Romania quoted by news.ro.

Significant investments in Romanian AI start-ups TypingDNA and Fintech OS in the final quarter of last year placed Romania among the leading countries in Eastern Europe, behind Russia, Poland and Hungary, but ahead of the Czech Republic, Slovenia and Slovakia.

“We are in an advanced stage of digital transformation and we are seeing an accelerated growth in the area of AI-based technology and robotic automation processes, and Romania is gaining more and more speed. AI start-ups on the domestic market had a very good evolution in 2019, especially in the last part of the year,” said Kurt Weber, CEO of Horvath & Partners Romania.

“Series A investments worth nearly €20mn in Typing DNA and FintechOS have accelerated the growth of Romania, which is also increasingly appreciated in the global rankings of the countries that have the opportunity to support and benefit from the AI-based technological revolution.”

On the other hand, AI will significantly influence the labour market; some jobs will disappear while new ones will appear, according to the report. According to estimates included in the report, between 40% and 50% of existing jobs could be replaced by automation solutions by 2030.

Among the most affected areas could be accounting, marketing, and public relations.

LONG READ: The Growers - a handful of countries in New Europe are coping with the coronacrisis and are still expanding
New coronavirus cases decline across emerging Europe but the epidemic’s not over yet
Romania to break nuke plant expansion agreement with Chinese partner

Estonia and Latvia among first countries to use coronavirus tracing app based on Apple/Google tech
3 days ago
Estonian ride-hailing service Bolt raises €100mn in latest financing round
3 days ago
Romanian firm develops first flat screen recycling line in region
5 days ago
Russia's Yandex.Taxi's IPO still on, as it struggles to stay profitable
12 days ago
Russia's IT segment looks at losses in Q2
12 days ago