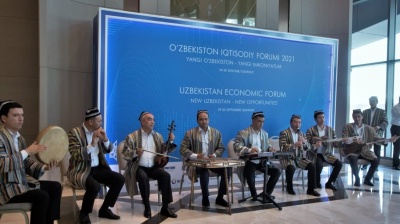 Asia Frontier Capital’s long-held thesis for the development of the Uzbek capital markets, and the Tashkent Stock Exchange in particular, has been that their transformation into a well-functioning market would occur over a period of three phases.

Phase I began in 2018 and is now concluding. This is the initial re-rating phase where companies and the broader stock market were forgotten and viewed as undesirable by local investors due to a combination of high inflation, term deposit rates in the mid-20% range and a depreciating Uzbek som. Foreign investors were notably absent as well due to capital controls specific to the capital markets, though these were finally eliminated on March 2, 2019 when Asia Frontier Capital was the first foreign investor to successfully test the repatriation mechanism. These challenges made listed equity valuations extremely depressed. In multiple cases, there was trading with dividend yields greater than 30%, accompanied by net profit growth rates of greater than 400%/500% as the Uzbek economy began to be liberalised. The Phase I re-rating has seen listed equities go from “never should have been so cheap” to now value-oriented and buttressed by strong profit growth profiles.

Further during Phase I, inflation has fallen to 10.8% with the central bank targeting sub-10% inflation in 2022, while currency deprecation has greatly moderated. 2021 depreciation expectations versus USD are projected to be in the 3-4% range, compared to 10% in 2020 and 13.9% in 2019. These developments have thus far attracted more local, and increasingly foreign capital, into the stock market, thereby adding needed liquidity.

Phase II we expect to occur between 2022-2025. This phase should see certain state-owned enterprises (SOEs), what we call the “crown jewels” of Uzbekistan’s economy, being privatised through domestic IPOs and SPOs and eventual dual listings abroad, likely in London. These companies include the national airline, Uzbekistan Airways, one of the biggest gold mining companies in the world, Navoi Mining and Kombinat, a leading copper producer, Almalyk Mining and Metallurgical Kombinat, and one of the largest steel plants in Central Asia, Uzmetkombinat, among others. These listings should attract significant foreign and local capital to the Tashkent Stock Exchange, increasing liquidity and interest in the market.

Phase III we expect will see private sector companies IPO once the stock market is liquid and has enough investor participants, both institutional and retail, to absorb larger share issues. This phase should overlap with Phase II and we are already seeing private sector companies expressing an interest in eventual IPOs, which is highly encouraging.

During the CBonds conference on September 9, Deputy Minister of Finance Odilbek Isakov headlined the event where he cracked open the proverbial cookie jar on the government’s plans for our Phase II expectations. He mentioned that over the next several years we should expect to see 15 IPOs/SPOs, including five state-owned banks, three insurance companies and two metallurgical plants, among others. Focus will be put on seeing a gold-backed ETF (presumably similar to the NYSE: GLD ETF in the US) and equity ETFs launched on the Tashkent Stock Exchange.

A secondary market for debt securities will be introduced, while inflation-linked bonds will be issued. Strengthening of corporate governance was also mentioned as a key focus, as well as the central securities depository enhancing its technology to allow for the issue of ISIN codes for securities with a medium-term aim of connecting to Euroclear/Clearstream systems, and enabling automated dividend distribution. Last but not least is the Ministry of Finance’s plan to enable Uzbek citizens to open brokerage accounts online (digitally) over the coming months. This will hopefully be followed by permitting foreign individuals and corporates to do the same some time in 2022 once the legislation is in place to permit this. Digital account openings will make the onboarding of new brokerage accounts much easier and thus accelerate market development.

During a second conference, the Uzbekistan Economic Forum 2021, held on September 29-30, significant news was announced by Deputy Prime Minister of Economic Development and Poverty Reduction Jamshid Kuchkarov regarding the government’s privatisation plans with the most impressive news being that gold miner Navoi Mining and Metallurgical Kombinat could see 10% to 15% of its shares privatised through a local and international IPO. He also mentioned the government’s long-term focus of having 30% of members on SOE company boards independent and the hiring of international management to increase transparency and efficiency.

Looking more near term however, our takeaways from the conference include the potential for a partial privatisation (up to 12%) of the Uzbek Commodities Exchange (TSE: URTS) and the issuance of a corporate bond worth UZS 50 bn ($5mn), with a planned coupon of 23% and 18-month duration. These SPOs will greatly improve liquidity and hopefully lead to hundreds, if not thousands, of new brokerage account openings by both local and foreign investors. That will give the capital markets a big shot of adrenaline in the arm.

UZMK is just one of several exciting transformation stories which is slated to undergo further privatisation. Surely if the government can achieve some “layups”, to use a basketball term, in the early stages of its privatisation campaign, an increasing number of private sector companies are likely to explore IPOs.

Uzbekistan’s investment landscape is very exciting and we remain upbeat on the continued reforms under way in the country.

PANNIER: Uzbeks, Kyrgyz cooperating to level unthinkable 10 years ago
4 days ago
PANNIER: A very Turkmen coup
8 days ago
OPINION: Bulgaria sets itself a tough task with Burgas-Alexandroupolis pipeline revival
11 days ago
NEMETHY: Is Ukraine War the beginning of World War III?
12 days ago
RIDDLE: The Russian army in 2023
12 days ago