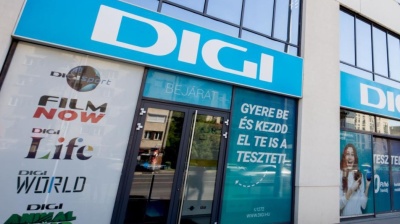 BSE-listed 4iG has reached a final agreement with the Romanian consortium RCS & RDS to acquire the Hungarian interests of the Digi Group, paying €625mn for 100% of the shares, it announced on November 30. The transaction, the largest in 4iG’s history, is expected to close in January, subject to regulatory approval.

Digi is runner-up in Hungary's fixed-line telephony, internet and TV market. It also has a reinforced backbone and satellite infrastructure and television channels. It launched mobile telecommunications services in Hungary in May 2019 and delivers outdoor mobile coverage to over 90% of the population with 2,300 of its own base stations.

Digi has more than 3,000 employers in Hungary. It had net revenue of HUF55bn (€150mn) last year and adjusted Ebitda of HUF19bn, public records show.

"The acquisition could be an important step in the creation of a national telecoms and telecoms infrastructure company by combining public and private capital, the platform company of which will be Antenna Hungaria (AH)," 4iG said in a statement.

The BSE-listed company announced in August that it reached a preliminary agreement to acquire a majority stake in state-owned telco AH through the in-kind contribution of its telecommunications assets to the company. AH is the exclusive provider of national digital terrestrial television and analogue radio broadcasting in Hungary

The strategic partnership could create one of the leading telecommunications holding companies in the CEE region, with local interests to be complemented by ongoing acquisitions in the Western Balkans, it said.

4iG, formerly owned by Hungary’s most powerful oligarch Lorinc Meszaros, surged from obscurity to the leading IT and communications company in Hungary in a matter of years through lucrative state orders and a myriad of acquisitions. In recent months, 4iG moved to acquire 70% of Bosnia & Herzegovina-based Telegroup, the leading IT systems integrator in the region.

Indirectly, it will become a minority shareholder in Telenor’s Hungarian subsidiary after AH acquired 25% of the stakes in the country’s second-largest mobile carrier from Czechia’s PPF a year ago for HUF100bn.

4iG paid 12 times the EV/Ebitda for the stakes, which is significantly higher than the valuation of sector peers. Yet, investors cheered the news. The stock went up 4.3% to HUF946.

Romania’s consumer prices resume growth in December
bneGREEN: Institutional Investors Group on Climate Change urges EU to keep gas out of green taxonomy
Net wage in Romania moves up in November to catch up with inflation

Founded in Russia 11 years ago, the Miro visual collaboration software startup is now valued at $17.5bn

Miro, a US enterprise software publisher with Russian roots, announced yesterday a $400mn Series C round. The deal brought the company – known as RealtimeBoard when it was founded in Russia back in 2011 – to an astounding $17.5bn valuation.

No less than 2mn preliminary diagnoses using a neural network have been made to date in Moscow during medical home visits, city authorities announced last week.

Study: VCs increasingly bet on Russian-founded startups operating abroad – rather than on domestic ones

The Untitled, one of the most established VC firms investing across Russia and Eastern Europe, has analysed investment deals involving startups founded over the past 10 years in Russia or by Russian entrepreneurs.

Far from their native countries, Russian-speaking entrepreneurs are thriving in the world’s major tech hotspots — from Silicon Valley, to Western Europe, to South-East Asia.

A massive cyberattack took down over a dozen Ukrainian government websites, stated the Ministry of Foreign Affairs on January 14.