250 companies ‘in queue for Tehran IPO’ 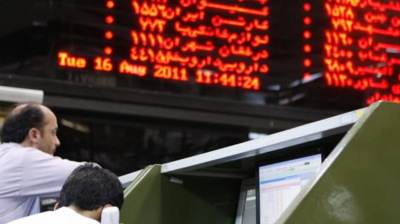 A succession of cheap IPOs could send the TSE on another bull run say some analysts.
By bne IntelIiNews September 7, 2020

More than 250 companies have registered an interest in listing on the Tehran Stock Exchange (TSE), a market that has tripled in size over three years, IBENA reported on September 7.

Despite the hammering the Iranian economy has taken in the past two years from heavy US sanctions and more lately from the coronavirus (COVID-19) crisis, many Iranians have sought refuge in the country’s stock market—high inflation and a collapsing local currency cause those who hold cash to lose money at a rapid pace, thus wagering on the TSE is seen as offering a hedge against this risk with assets that remain liquid, partly thanks to the government’s commitment to back the bourse via its privatisation programme. Nevertheless, there are those who say the exchange’s benchmark index, the TEDPIX, is a bubble that has gone much too far and threatens to explode over the heads of somewhat desperate investors with a juddering correction.

The TEDPIX for the first time climbed above two million points on August 2—widely seen as an astonishing milestone to hit given that it had only broken through the 1.5mn points barrier on June 30 and the one million threshold in early May, soaring from around 500,000 in March—but by the end of August 18 showed 1.825mn points. By the end of September 9, it stood at 1.607mn points, having lost 40,586 points or 2.46% on the day.

However, despite the substantial retreat, some investors believe the TSE might ascend once more on the last part of a ‘W-shape’ rebound in the next few months as more cheap shares enter the market.

The banking system, he said, had announced that IRR3.25qn ($77.4bn at the free market rate) would be available in financing for companies during the current Persian year (ends March 20, 2021) but the corporate sector would probably need towards double that, meaning raising money on the bourse was an appealing option for many companies, he noted.

In early June, Zarandi said that 100 industrial firms were expected to list on the TSE by the end of the calendar year, but more are now apparently looking to get a piece of the action.

Erdogan steps up ‘Islam’ attack on Macron, calls for boycott of French products